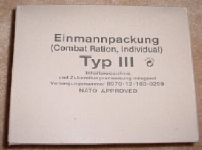 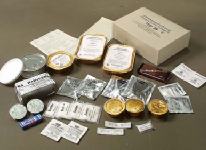 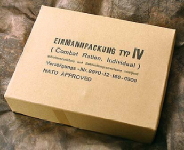 Germany uses a ration called the Einmannpackung (Combat Ration, Individual), or EPa for short. Each EPa is intended to provide two substantial meals. From what I’ve been told, there used to be four menus, or “Types” of EPas – Types I, II, III, and IV. When the two Germanies reunited, the Bundeswehr felt that there would no longer be any need to stockpile rations so they started phasing them out. Shortly after that, however, Germany was called upon for UN Peacekeeping duties and the German planners had to revive the rations for the troops. During this revival, they settled back into having three EPa Types. 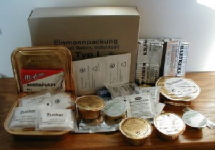 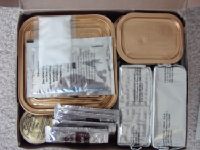 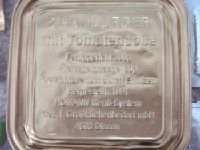 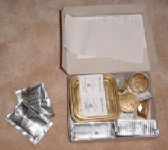 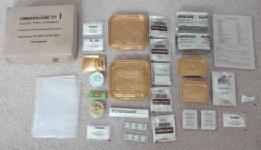 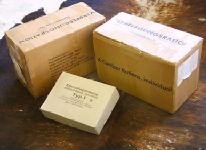 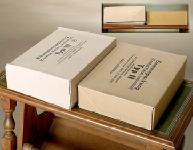 (click here for a MS Word version of the menu, courtesy Mirage)

Each EPa comes with a sheet listing the contents. Click on one of the images below for the full-sized version: 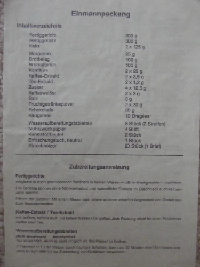