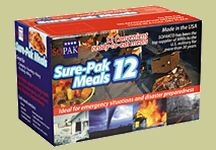 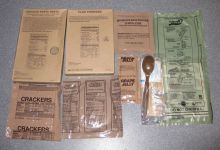 Sopakco is one of the three companies that produce MREs for the U.S. military. Their “Sure-Pak 12” product has been the longest-available civilian MRE on the market.

The Sure-Pak MREs contain many of the same components of the military MREs – the entrees, sides, crackers, and desserts are usually exactly the same (packaging and all) that you’ll find in a real MRE. However, the cheese spread, peanut butter, and accessory packet may be different (see pictures below). Probably the best thing about the Sure-Paks is that they still include the standard military spoon. See the spoons section on the Civilian MRE Comparison page for more information. 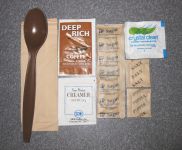 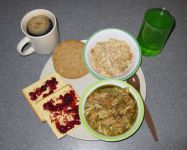 Ever since 2005, Sopakco has been offering the option of buying Sure-Paks with or without heaters. And when they say “with heaters”, they really do mean the heaters are included in the meal bag. The heaters that are included are the same as the military Flameless Ration Heaters that are activated with plain water. The Sure-Paks with heaters cost about $9 more than without heaters. 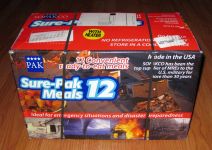 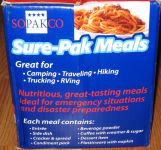 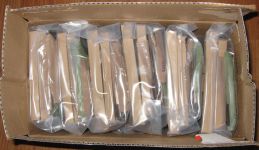 Beginning in late 2009, Sopakco started using a new design for their outer cases:

A case of Sure-Paks comes with 12 individual meals. There are usually six different menus in each case so you get two of each menu. The menus from Sopakco change often so you don’t have to worry about getting the same menus over and over. Even better, some online ordering sites (such as The Epicenter) let you pick exactly which menus you want – other companies just sell you a case and you get whichever menus show up.

Here’s a menu listing from a case of Sure-Paks that were packed in August, 2009:

Each case has an official menu sticker on the outside of the box that might look something like this:

Here are some other examples of menus from different cases. These were taken from The Epicenter‘s website:

You can find a list of official Sure-Pak 12 distributors on Sopakco’s site here. While you can find Sopakco at Sopakco.com, the Sure-Pak 12 civilian MREs are handled on SurePak-12.com.

Of these distributors, the two companies who have been selling these MREs for the longest time are The Epicenter and Meyers Custom Supply and they both appear to the offer the best pricing and menu variety. Current web prices range from $65/case to $85/case so shop around to find the best price. Don’t forget to factor in shipping cost. 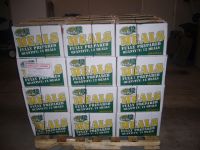 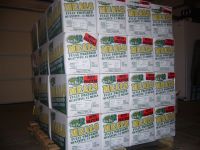 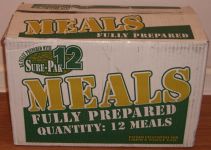 Please see this page for information about the January, 2009 Sopakco Sure-Pak 12 RECALL.

Click here for the old version of the Sopakco Sure-Pak 12 and M-Packed 12 page.