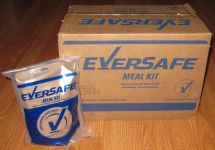 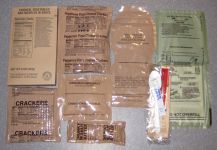 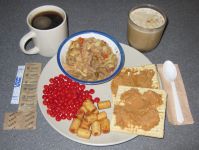 The Wornick Company is one of the three companies that produce MREs for the U.S. military and was one of the first producers of a civilian MRE. Their original brand was “Mil-Spec” (see old Wornick MRE page) but they stopped producing it around 2001. Wornick re-entered the civilian MRE market in 2005 with their new “Eversafe” brand of ready-to-eat meals. Unfortunately, Wornick’s direction on their new Eversafe product was never clear. At first, they released the Eversafes with MRE-like pouches for the main meal. Then a few months later, they switched over to a “Heater-Meal“-like bowl design. Then even later, they switched to offering both pouch-based Eversafes and bowl-based Eversafes. Eventually in 2007, after a couple of years of this schizophrenic product development (and also probably as a result of their filing for bankruptcy), Wornick ceased Eversafe production (again) and closed down their “www.geteversafe.com” website.

But the Eversafes weren’t down for long. In 2008, Wornick brought the Eversafe brand back in yet a new format. This new format was a mixture of military-type MRE components and off-the-shelf commercial products. These new Eversafes were also packaged 10 per case (as opposed to 12 per case used by all their competitors). These new Eversafes weren’t available directly from Wornick but were instead sold wholesale into distribution and started popping up on eBay. Unfortunately, with three generations of Eversafes out there, it began to get confusing as to which Eversafes were which – the pouch-based meals, the bowl-based meals, or the civilian-parts-based meals.

Finally in 2009, Wornick returned to the civilian MRE market with a redesigned pouch-based Eversafe MRE that was pouch-based and right inline with the other brand-name civilian MREs. These new MREs would do away with the bowl-based meals and off-the-shelf products and would stick with the well known military MRE components.

With this new 4th generation of Eversafe MRE on the market it can be confusing which Eversafe meals you see online at places such as eBay. If you are considering purchasing Eversafe MREs, here are a couple of simple rules to follow to make sure you get the latest Eversafe MREs:

3. According to Wornick, the only online reseller (besides themselves) is LongLifeFood.com. Any other online reseller might not be selling the real/current Eversafe MREs. 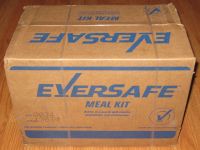 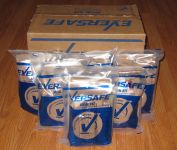 A case of 4th generation Eversafes comes with 12 individual meals made up of 6 menus – meaning you get two of each type of MRE in each case.

Here’s the current Eversafe menu listing as of February 2010: 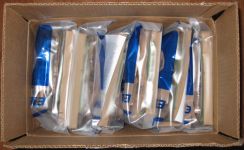 The Eversafe meals contain many of the same components as the military MREs – the entrees, sides, crackers, and desserts are the same (packaging and all) as you’ll find in a military MRE. The accessory packet is just a little different in that it only contains a napkin, spoon, salt, pepper, coffee, and creamer.

Eversafe Meal Bag and its contents 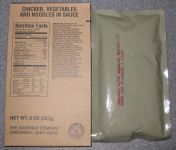 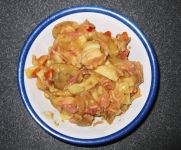 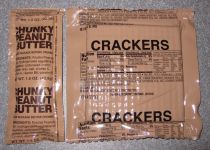 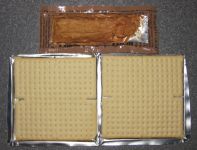 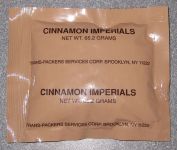 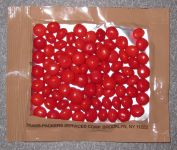 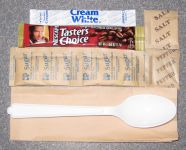 The Eversafe meals contain a standard military-type flameless ration heater (FRH). These FRHs can be activated with regular water.

You can purchase the Eversafes directly from Wornick by contacting them here http://www.wornick.com/emergencyprep/.

NOTE: We do not recommend purchasing Eversafes through MREStore.com. According to Wornick, they are not an authorized distributor of Eversafes and we have received a number of complaints about MREStore.com alleging their failure to ship the product.

Click here for the old version of the Wornick Mil-Spec MRE page.