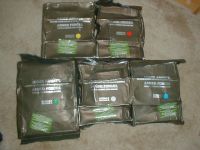 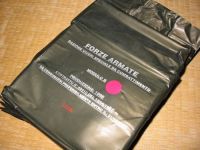 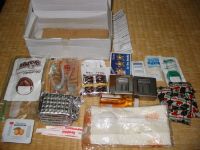 The Italian Armed Forces (Forze Armate) use a ration called the “Special Combat Food Ration” (Razione Viveri Speciale da Combattimento). Each individual ration is enough food for one soldier for one day. A single ration is approximately 30 cm x 23 cm x 10.5 cm with a weight of 2.3 kg.
Each meal bag contains three boxes – one for breakfast, one for lunch, and one for supper/dinner. These rations use canned food instead of the retort pouches seen in the US, British, and Canadian rations.

Italian combat rations come in seven different menus, called “Modules”, which are labeled A through G. Each Module is also assigned a color, which is indicated on the meal bag by a sticker of that color. See the menu listing below for a list of the modules and colors. The official NATO code for these rations is 8905-15-147-6202.

Italian rations have a “Use by” date that is two years after the ration is produced. So a ration such as the one in the pictures below (see “Ration Label” picture) which was produced in December, 2002, is best used by December, 2004.

Italian ration vs. U.S. MRE and vs. German EPa

Module G, the individual meal boxes contained within, and the contents of one of the boxes 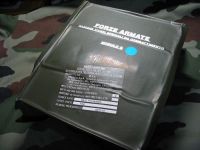 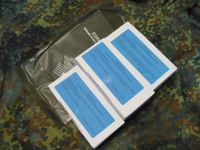 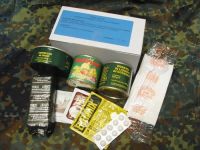 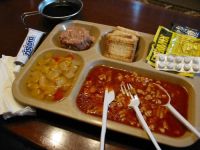 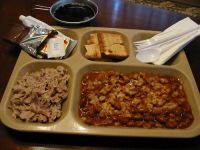 Prior to 2004, all Italian Combat Rations were labeled in both Italian and English. However, starting in 2004, they removed the English from the packages: 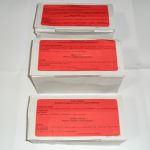 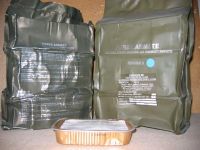 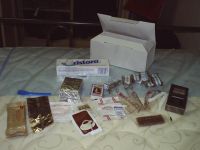 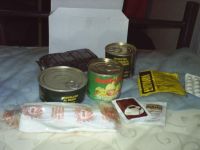 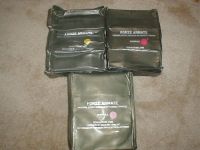 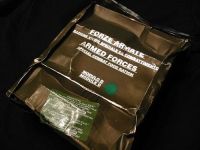 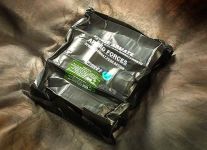