Because everything tastes good when you're hungry!
https://www.mreinfo.com/forums/

by jfko6
Gone with the Wind is a 1939 American epic historical romance film adapted from Margaret Mitchell's Pulitzer-winning 1936 novel and produced by David O. Selznick, of Selznick International Pictures. Set in the 19th-century American South, the film tells the story of Scarlett O'Hara, played by Vivien Leigh, and her romantic pursuit of Ashley Wilkes (Leslie Howard) who is married to his cousin, Melanie Hamilton (Olivia de Havilland), and her marriage to Rhett Butler (Clark Gable). Set against the backdrop of the American Civil War and Reconstruction era, the story is told from the perspective of white Southerners.

Gone With The Wind (1939) Battle of Atlanta Injuries

Gone with the Wind 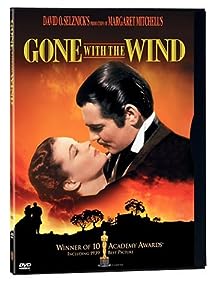 Re: Gone with the WInd--Battle of Atlanta

by jfko6
The film GWTW has been restored to HBO Max. It’s the book that I recommend, however based on this who I know grew up with it. And can be found on Amazon with the link above.
All times are UTC-04:00
Page 1 of 1
Powered by phpBB® Forum Software © phpBB Limited
https://www.phpbb.com/