Today I sampled another meal from my 20006 case. The case seems to have been stored well (in my cool, air conditioned pantry for about the last 8 years or so) and the TTI is still slightly lighter in the center. 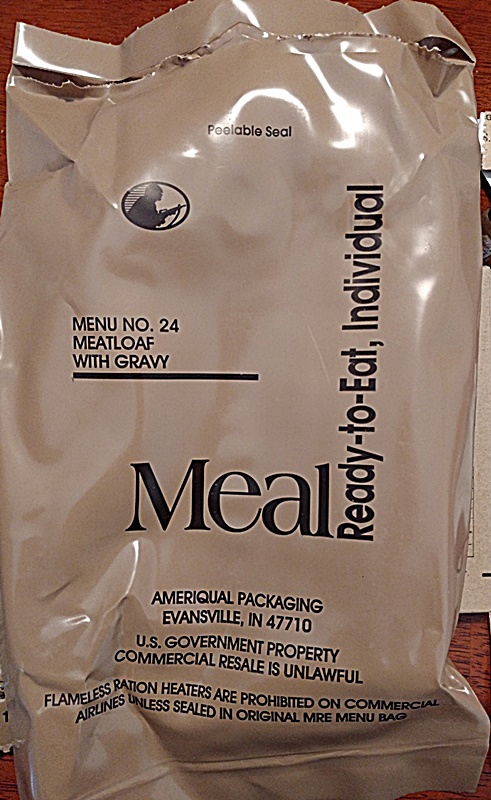 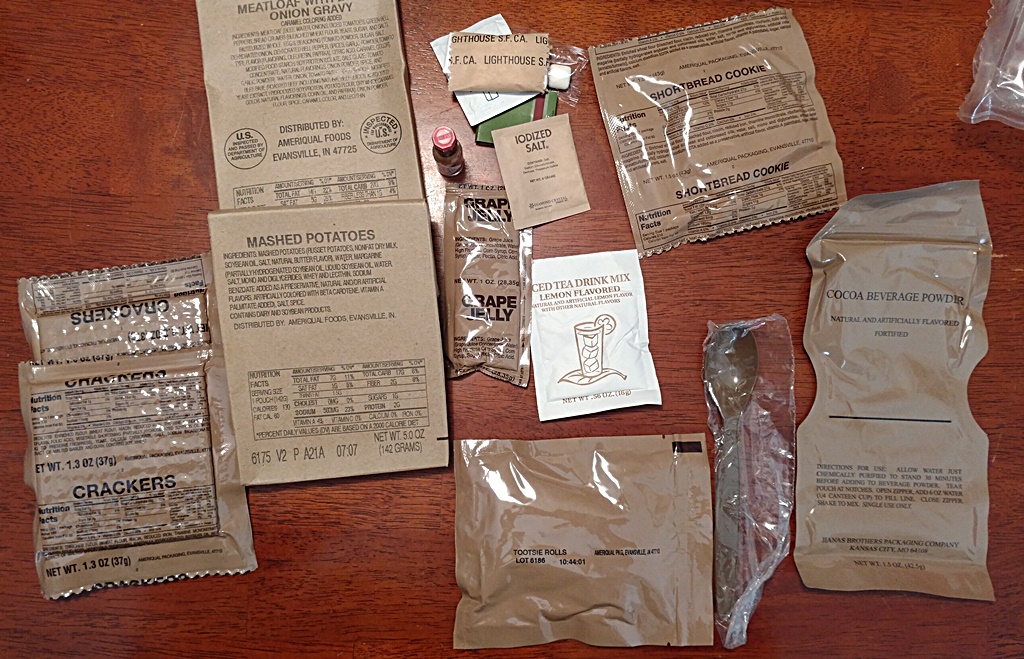 While the mains were heating, I had some crackers and grape jelly. The crackers were in good shape...just MRE crackers. The jelly had a bit of liquid and a bit of jelly. A little bit darkened, maybe, but tasted good. There was only enough jelly for one cracker from one pack. I put some peanut butter (from home) on the second cracker and didn't bother to open the second pack.

I made the Lemon Flavor Iced Tea, but not the Cocoa. The Tea only takes 6 oz. of water, so didn't make much of a drink. It tasted OK...weak instant iced tea.

Since I was at home, I skipped the FRH and boiled the Meatloaf and Mashed Potatoes. Here they are plated: 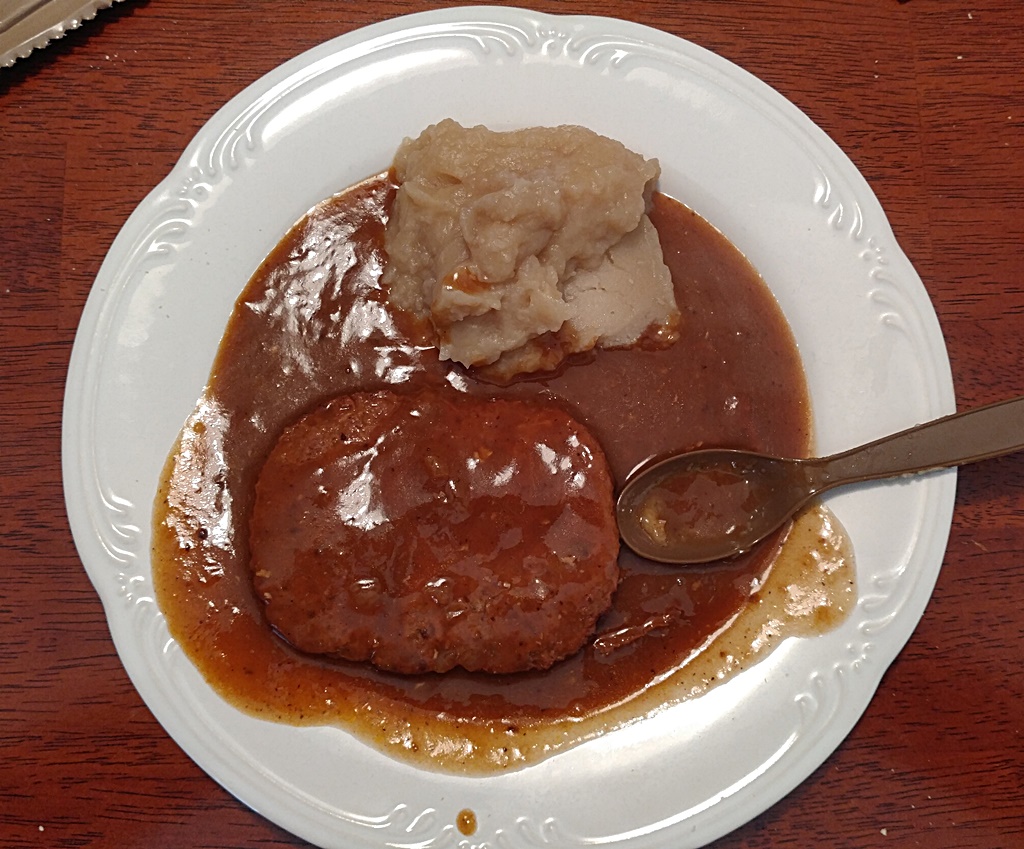 Yes, that light brown pile at the top is the mashed taters. Not very appetizing looking. They smelled like potatoes, though...slightly "earthy." There is a LOT of gravy.

The gravy is actually pretty tasty. The meatloaf isn't too bad either. This combo kind of reminds me of the Swanson Salsbury Steak TV Dinners from my childhood. The potatoes frankly don't taste very good by themselves and are pretty "gluey" in texture. With some gravy and a bit of meat, though, they aren't so bad as a combined forkful.

I'm not a huge fan of Tobasco (I prefer Crystal Louisiana Hot Sauce or Frank's), but I opened it up and tried it on the meatloaf. Mmmm. Tasty! I ate most of the meatloaf with a small amount of the Tobasco dripped on. Much gravy and some potato was left on the plate.

The Tootsie Rolls were just fine. My daughter got one pack and I got the other. The Shortbread Cookie is OK flavor-wise, but it is pretty hard and crumbly. Fine for a field dessert, but not something I would WANT to eat.

I had a 2002 meatloaf MRE not too long ago and although it wasn't anything like the meatloaf I had at a Cracker Barrel restaurant recently, I quite liked it! I also liked the salty, buttery mashed potatoes they included with this menu. Overall, I think they just bring this menu back.

Most likely machines do the final packaging but there might be someone outing some items inside esch bag, but most likely it's mostly machinery... You would be amazed of the sort of precision you get with machinery...
I have Spanish rations permanently, feel free to ask

Hey hey nice! I just got one of these off eBay this last week and am psyched to give it a go! Glad to see someone else take the proverbial leap before I did lol...you've emboldened me to rip mine open and try to eat it, Rob! Although I can't vouch for the conditions in which it was kept in the years since it was produced. It had that sorta old shed smell, and it came from Colorado I think which would lead me to believe it's been through at least a couple freeze/thaw cycles... I've gotta take a second look and see if it is stamped with a date code as I have no idea what it is off the top of my head. Thanks for sharing bud!
"When the going gets weird, The Weird turn Pro" Go Eagles!!!
Top
Post Reply
4 posts • Page 1 of 1