Hi!
Today I got something from my dad.
He gave me a canadian IMP.
He got it from ebay for only 10 euros and that ration is a rarity in europe!
But it´s without the main meal but for that price that´s ok.

This one is lunch menu no.4 zesty turkey and vegetable stew.
What I found funny is that there is an instant dressing mix in this ration but there is no salad to put it on!

The spoon is extra long so you can eat out of the pouch.

And now the things I tried:
Chewing gums:

The bread was not so good.
It tasted like the plastic pouch.
I think that´s because of the age.
But with the strawberry jam it was ok.
The strawberry jam was very sweet, not like typical european strawberry jam.
But good!
And this was the first time I have eaten peanut butter.
The american members won´t understand that but here in Europe it´s not the typical spread.
But I found it was very good!

Not good I think!
I don´t like cream candys!

The cherries with syrup:

That was the review of the canadian army ration(without main meal).
Greetings
Brian
Sorry for my english it´s not the best!
Top

The bread was not so good.
It tasted like the plastic pouch.
I think that´s because of the age.

Good review! Also thanks for the tip Housil I did not know that warming the bread causes the taste to deteriorate!
Top 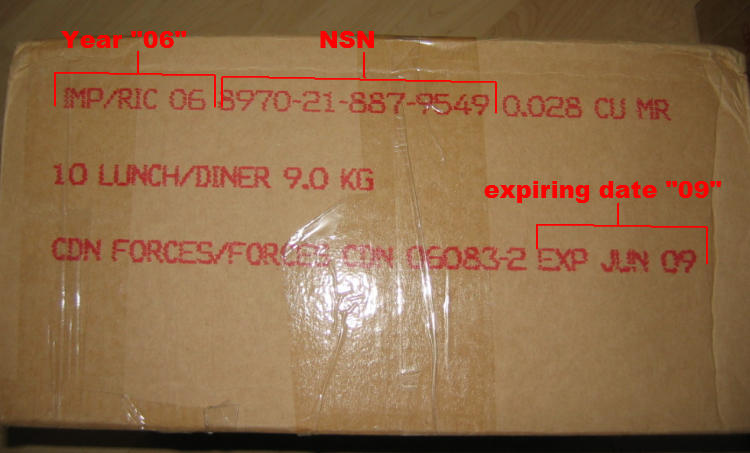 At the ration pouch 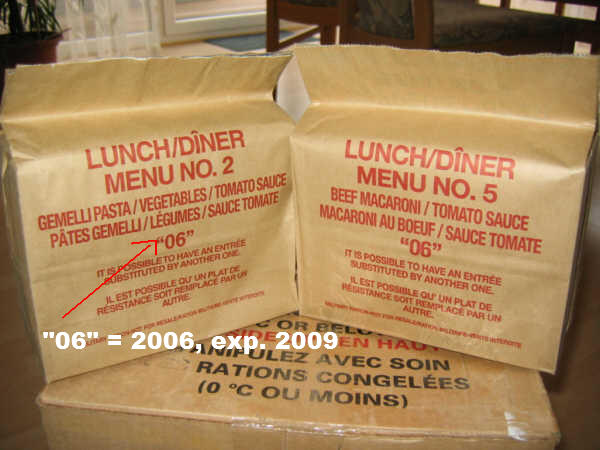 Great pics Ration Fan! I'm curious; you mentioned that peanut butter is not the typical spread in Europe, here in America we have a spread called "Nutella" made from cocoa and hazelnuts, which I'm told is very popular in Europe. Is it really or are there other spreads that are more popular?
Top

Thanks for the tips!
@rationtin:
Yes,"Nutella" is very popular in Europe.
Especially in Germany.
In the german TV is a commercial spot series from "Nutella" with the national soccer team(You know,soccer is very popular over here,like football in america).
It´s a typical spread on a german breakfast table.
It´s so popular like jam or honey here.
Sorry for my english it´s not the best!
Top

Nutella? my kid could eat one jar a day if we didn't stop him!

Yummmmmm....
I love Nutella since I was a little kid a looong time ago.....

I till buy it here. Is rare to find and if you get it isa small bottle.

I even drink it as a hot drink with milk for cold wintery days....

Hey, good idea with the Nutella drink!
I will try it!

Sorry for my english it´s not the best!
Top
Post Reply
11 posts