Today I had for lunch another Norwegian ration: 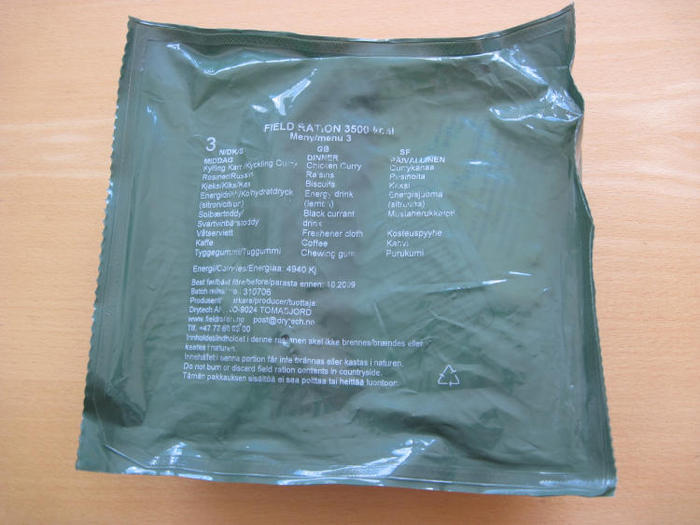 Freez dried inside the bag

After soaking on a plate for better display.

To me another fabulous dish. Very nice spiced, not hot! Great texture of the chicken pieces.

Was it a heavy curry flavour?

The only curry I've ever had was 'Country Captain Chicken'...
I hope real curry is way better...!
Avid practitioner of the martial art: KLIK-PAO
Top

I don´t like hot/spicy flavoured dishes causing your mounth to burn for the rest of the day and ...

i love HOT food,i worked for 4 years in a china restaurant so i gott used to it
but the burn twice thing is still actual

Definitely a good entree, that one. As with all the Norgegian rations I've had, very hearty, and filling. The Havrekjeks aren't too dissimilar to graham crackers in taste, and the Solbaer toddy, is just awesome.
Top
Post Reply
6 posts • Page 1 of 1