I'm sure you've all seen some truly unique & unusual photos from different wars. Lets share them, and any information you have about them. I understand every person is going to have a different understanding of "unique" and/or "unusual", just don't post generic photos. 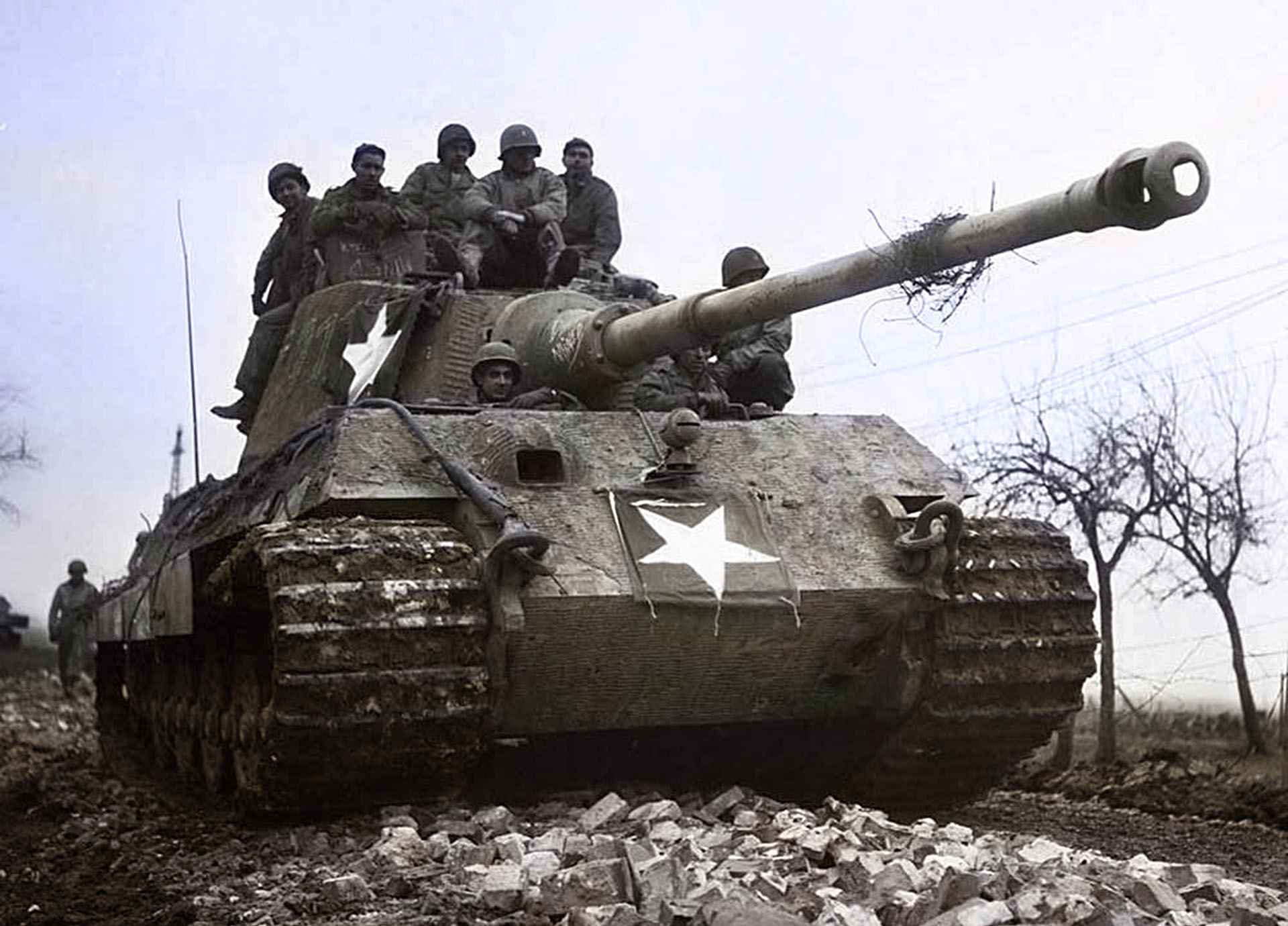 Tiger II or as they are known as King Tiger Tanks of the 503rd heavy tank battalion of the Wehrmacht are moving along the streets of Paris in the direction of Normandy. France, June 1944. The Schwere Panzer-Abteilung 503 Battalion is a German armored unit that was armed with heavy tanks Tiger I and Tiger II. The battalion was formed on April 6, 1942. 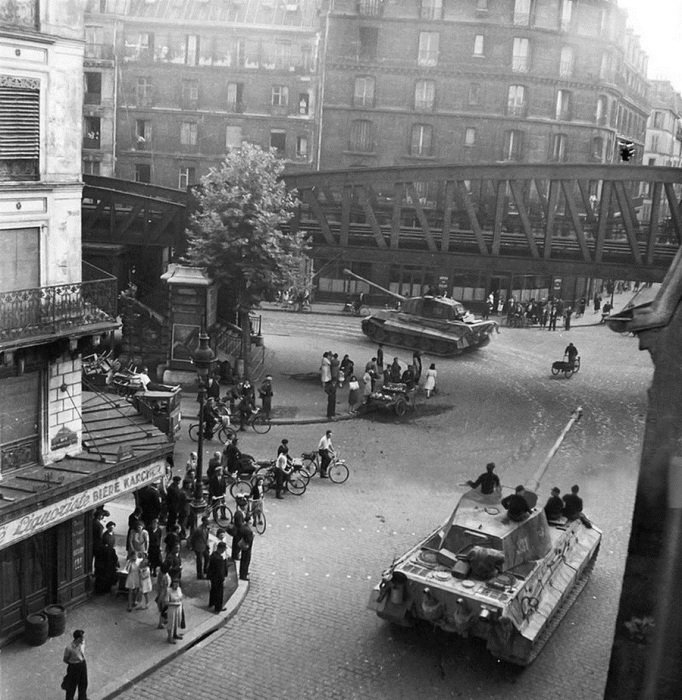 A German soldier rubs down massive shells for the 38 cm SK L/45, or "Langer Max" rapid firing railroad gun, ca. 1918. The Langer Max was originally designed as a battleship weapon, later mounted to armored rail cars, one of many types of railroad artillery used by both sides during the war. The Langer Max could fire a 750 kg (1,650 lb) high explosive projectile up to 34,200 m (37,400 yd). 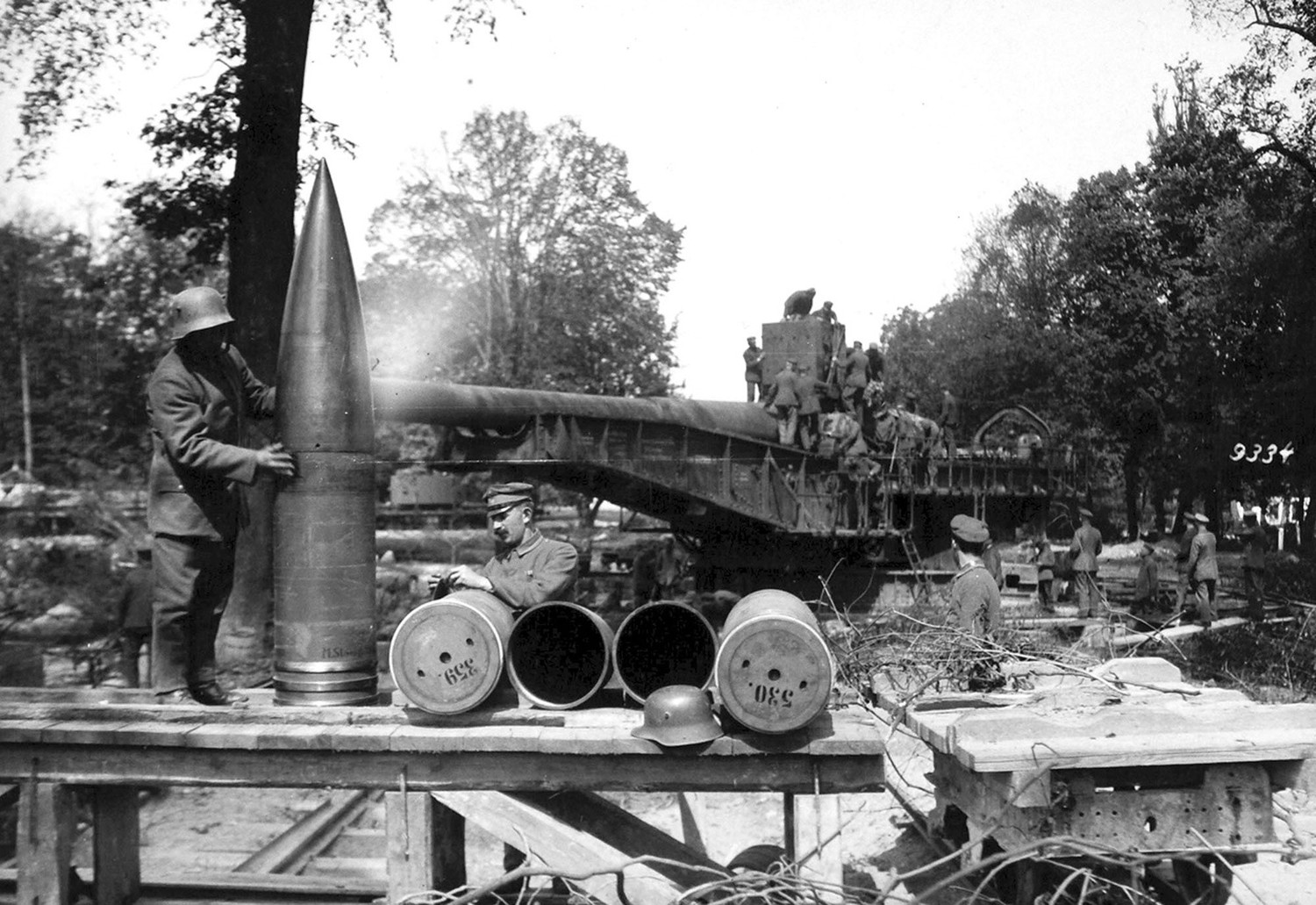 American troops using a newly-developed acoustic locator, mounted on a wheeled platform. The large horns amplified distant sounds, monitored through headphones worn by a crew member, who could direct the platform to move and pinpoint distant enemy aircraft. Development of passive acoustic location accelerated during World War I, later surpassed by the development of radar in the 1940s 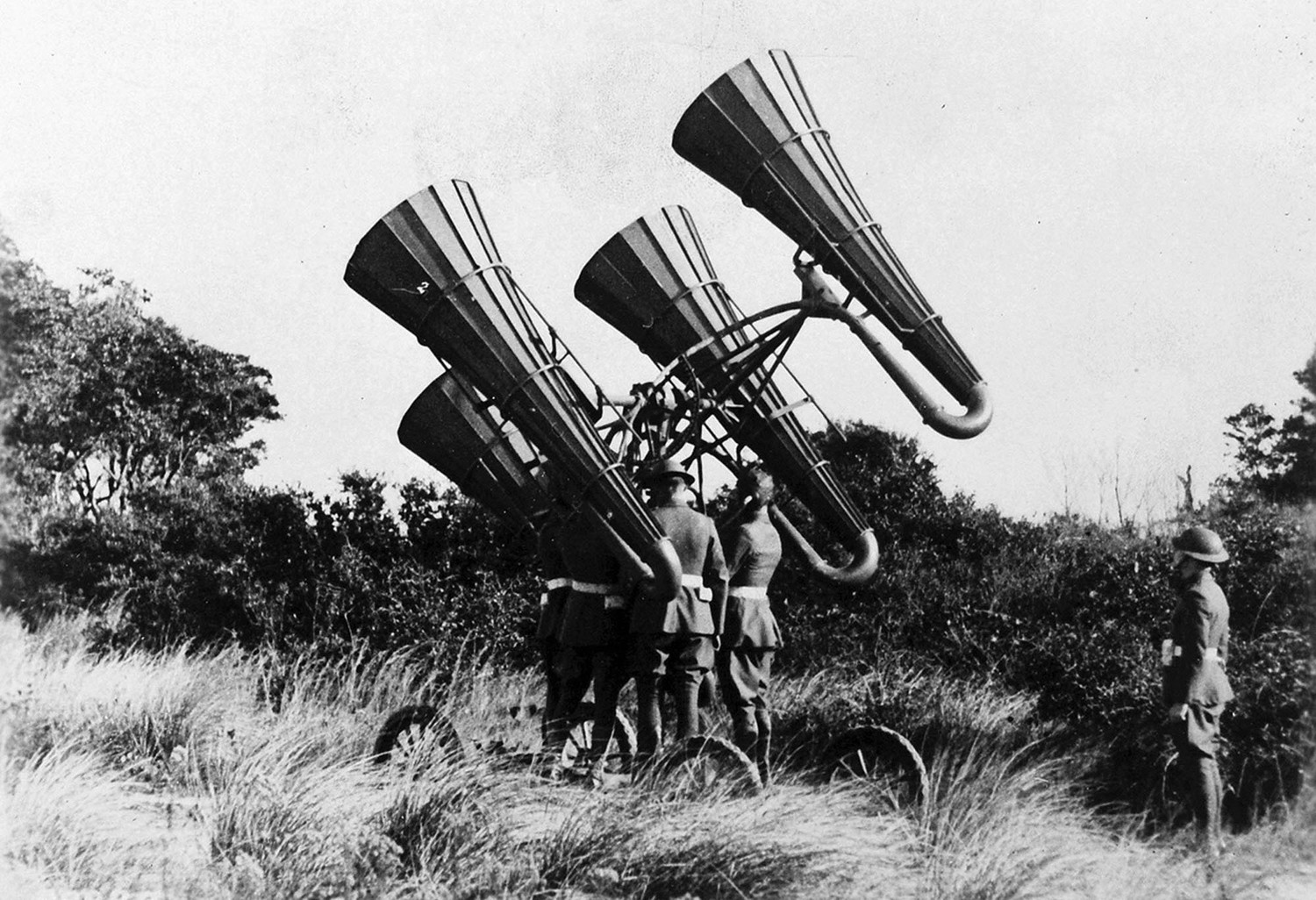 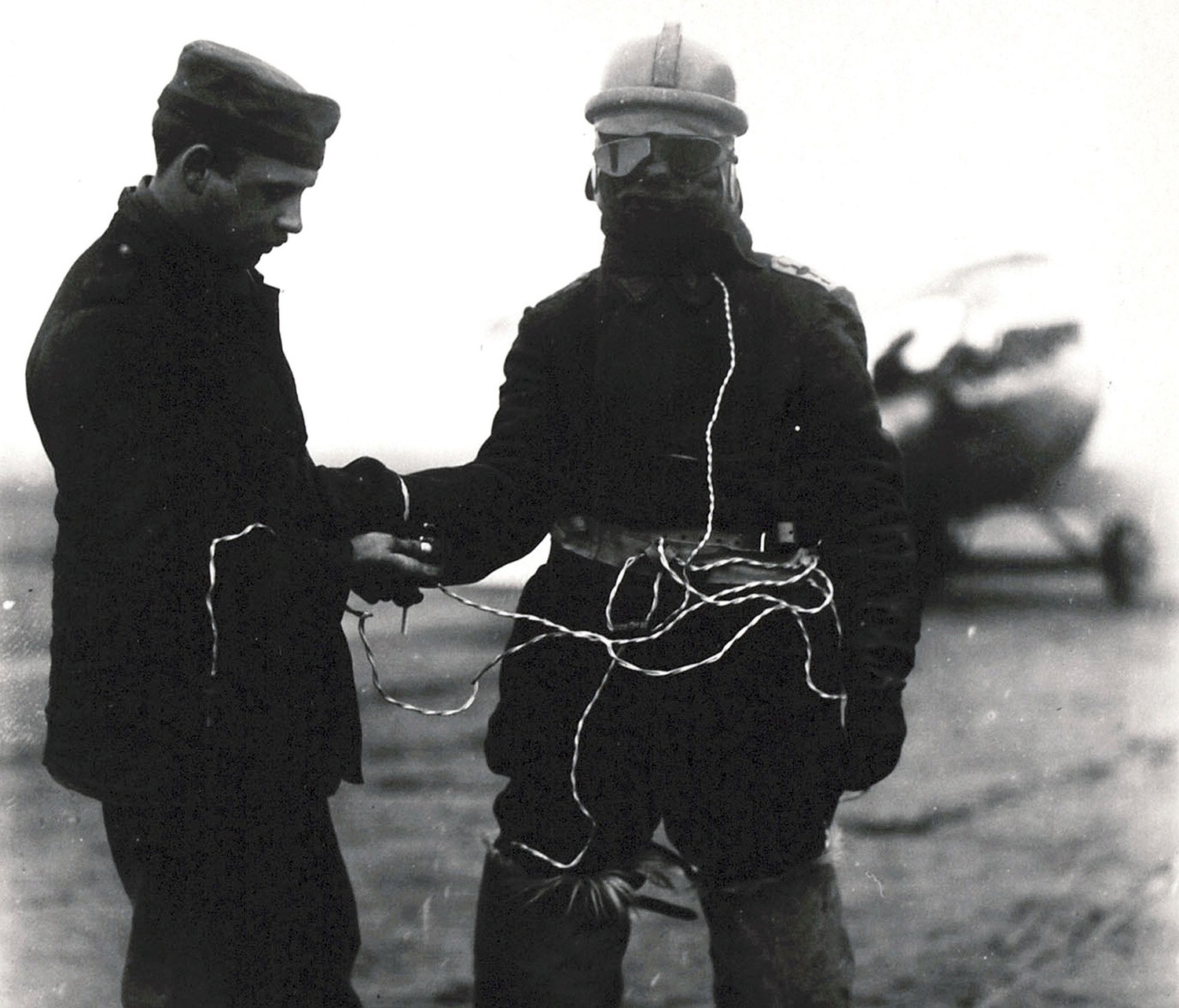 The original caption reads: "The Italian collapse in Venezia. The heedless flight of the Italians to the Tagliamento. Captured heavy and gigantic cannon in a village behind Udine. November 1917". Pictured is an Obice da 305/17, a huge Italian howitzer, one of fewer than 50 produced during the war. 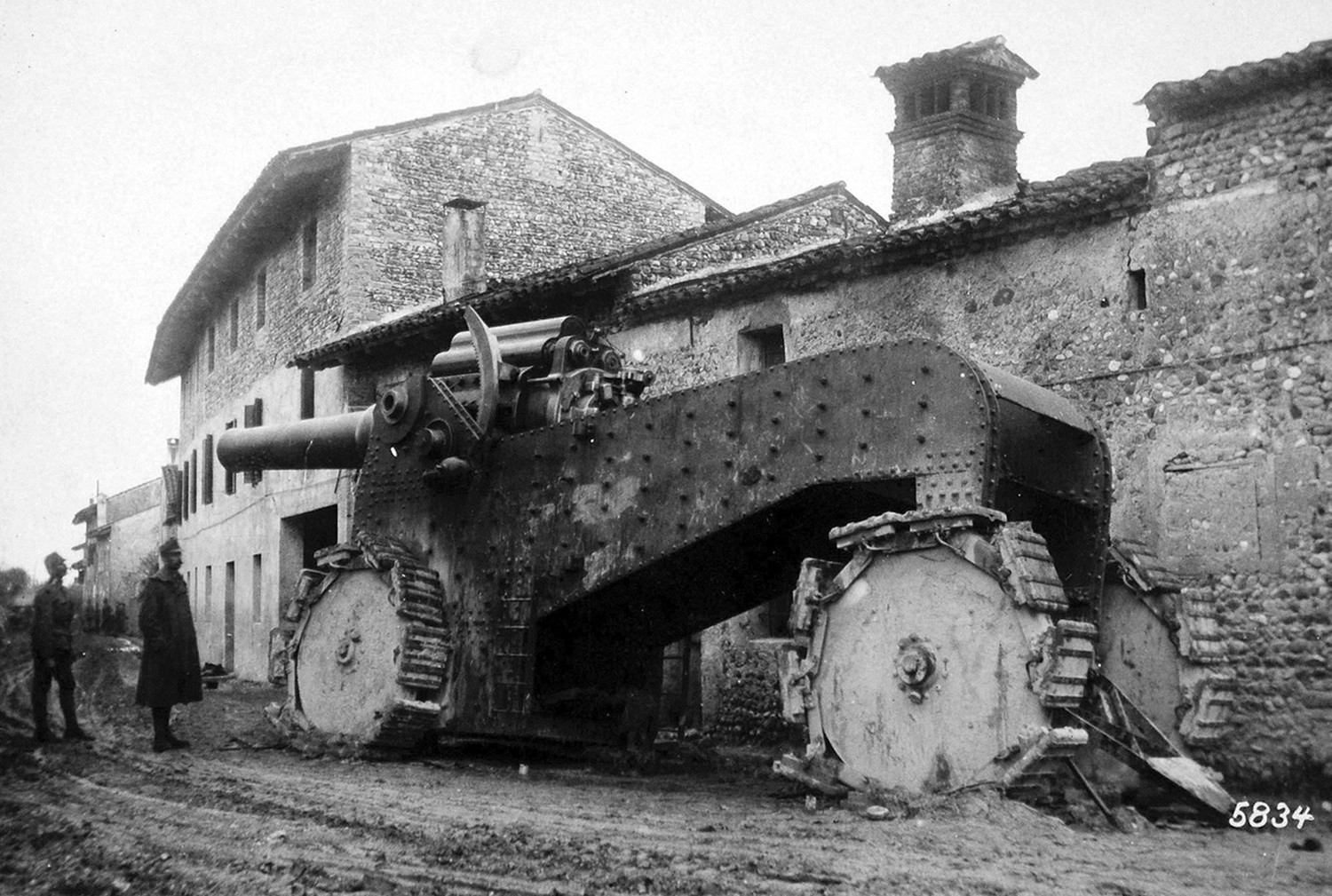 Some resource material for Navy aviation in Brooklyn.
viewtopic.php?f=6&t=1623

a 1944 (Operation Frantic) B17 flight by the 15th AAC/AAF Gramps was temporarily attached to the 483rd BG because they were short an engineer (he was 301st BG) Gramps was on one of these. I found this pic/clipping in one of his old file boxes: