The film opens up on Operation: Eagle Claw, the American operation to rescue American hostages being held at the U.S. embassy to Tehran. The operation is being aborted after a fatal helicopter crash, with the U.S. Delta Force evacuating. Among them is Major Scott McCoy (Chuck Norris), who rescues his wounded comrade Pete Peterson (William Wallace) from the helicopter wreckage before the team finally retreats.

Sometime later, a group of Lebanese terrorists armed with a Colt M1911, PM-63 machine pistol and AK-47s hijack American Travelways Boeing 707 (ATW) Flight 282 that is on a flight from Athens, Greece to Rome, Italy and then to New York City.

Taking all passengers and crew hostage, the group, the pro-Khomeini New World Revolutionary Organization, led by Abdul Rifi (Robert Forster) and Mustafa (David Menachem), forces Captain Roger Campbell (Bo Svenson) and his crew to fly the plane to Beirut, Lebanon, where they make demands to the United States government that, if not met, will result in the death of the hostages.

During the crisis, they separate the Israeli passengers from the Americans by forcing the flight attendant to identify them against her will. When the plane lands in Algiers for refueling, the terrorists bring a dozen additional men on board and surrender the female hostages and children.

Meanwhile Delta Force, led by Colonel Nick Alexander (Lee Marvin) and McCoy, are deployed to resolve the crisis. Once the female hostages are evacuated, they launch their assault, only to discover too late that there are additional hijackers and inadvertently alert the terrorists. Abdul kills one hostage, a US Navy diver named Tom, taking the other two US divers with them as well as dozens of male Jewish passengers on board to Beirut. Delta Force gives chase to rescue the remaining hostages.

Upon landing in Beirut, the terrorists gather their hostages and transport them to a militant-controlled area of Beirut. Using a sympathetic Greek Orthodox priest, Israeli Army Intelligence prepares an operation to free the hostages. In a prolonged campaign against the terrorists, Delta Force bides their time to identify the terrorist leaders and the location of the hostages.

Once their location is discovered, Delta Force assaults the terrorist holdout, freeing the hostages and evacuating them to the airport. During the battle, McCoy, Peterson and their team hunts down Abdul and his men, killing most of the militants before Abdul shoots Peterson, gravely injuring him. McCoy gives chase and directly engaged Abdul, finally killing the terrorist leader by launching a rocket into his car.

With the hostages and divers secured, Delta Force seizes Flight 282 and saves the crew, ordering them to fly to Israel. The team boards the plane with all of the hostages, taking off just as McCoy is the last one to board the plane. On board, the team tends to the wounded passengers and Pete, the latter of whom is now dying. Pete says his farewells to McCoy before succumbing to his wounds. In Israel, the plane lands safely and the hostages are greeted by their families, while Delta Force disembarks with Pete's body in tow.

The team concludes their operation and departs for the United States. 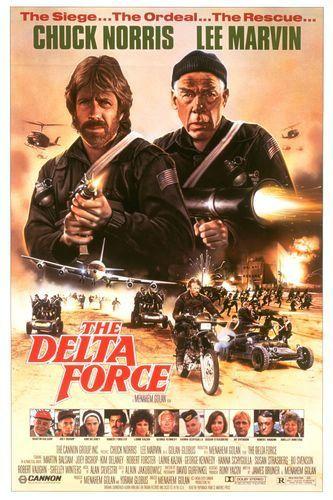