Zoom of the English menu and instructions. They seem serious about the water tabs, i will not be using them

Some trash bags, one with handle one with out and tissues

This ration was in amazing shape for 19 years old,i think its in good shape for being new even, this was stored well before i got it.
That said I dont think the box would hold up to much compared to an MRE bag.

The ration is a little heavy, but much lighter than an Italian ration.

Lets take a closer look at the contents, starting with the food

The captions are rough translations of each item

Chocolate and some Dandy Candy

Looks like a decent amount of food, the candy and chocolate are a nice touch also.

Now for some non food items that were inside.

These had a nice warning on the instruction sheet, so i wont be testing them but they look similar to other tabs

BB Tissue i think is was a moist towelette

It looks funny on the back like it leaked

Bone Dry, but otherwise its ok

20 of something not sure what

A book of matches

They are wooden! a book of wooden matches very nice

Standard items otherwise, no utensil though i assume they were issued seperatly.

Oh my god, vintage EPA - I can remember! Nice item - I`m very interested if it is still edible.
The problem with the wet tissues is well known, they lost the alcohol over the years.

The warning on the water purification tabs is not to swallow them!

and the Matches are fine, arn`t they? "Bundeswehr mit Sicherheit Ja" - I still have some stickers like them...

Great pics, thank you for sharing them

Name_not_found wrote:
This ration was in amazing shape for 19 years old,i think its in good shape for being new even, this was stored well before i got it.

Cold war period EPa´s were designed to be stored up to 20 years - serious! The Bundeswehr always had 600.000 EPa´s "in stock". Every 10 years they rotated the "old" EPa´s out and store new one´s in. Once a week you had an "EPa day" in the installation where the "old" EPAs were served as lunch to the troops.

I´m too curious if do you do a review how do you like it. 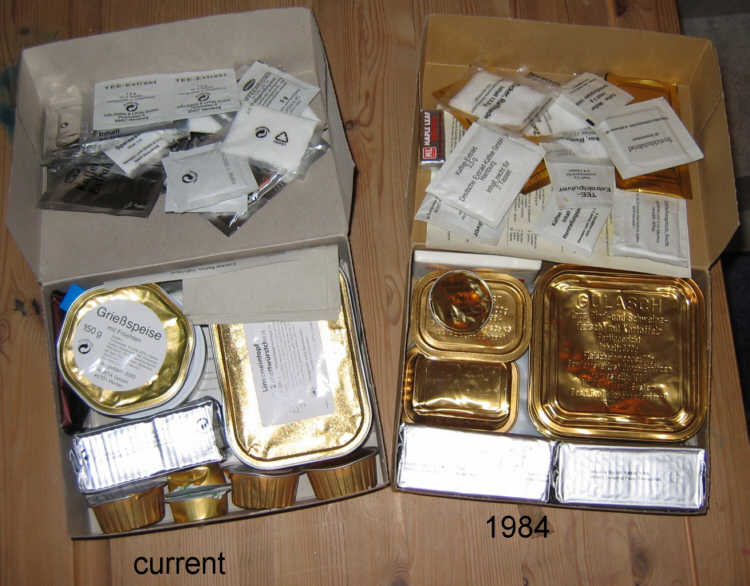 The cold war EPa containers were different from the curret. They had an sqaure shape and were very solid, you had to cut them open. No oxigen could move (diffuse) inside and spoil the food. 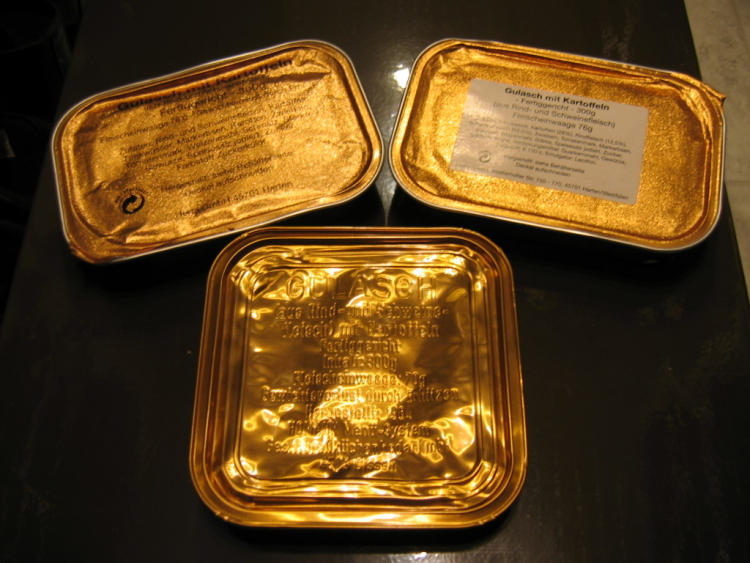 
Name_not_found wrote: That said I dont think the box would hold up to much compared to an MRE bag. 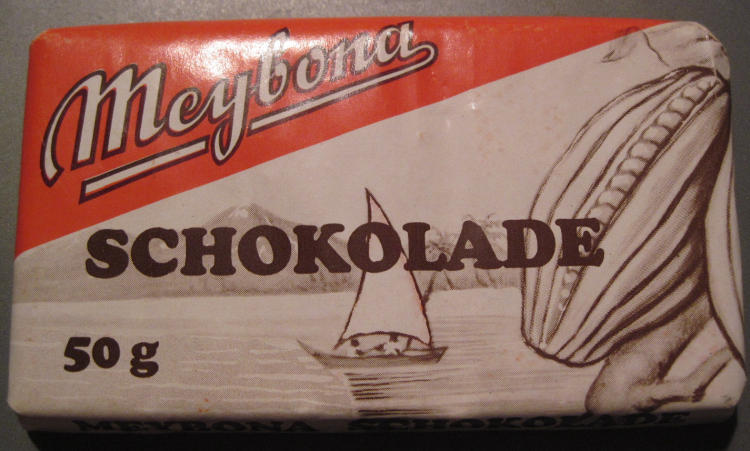 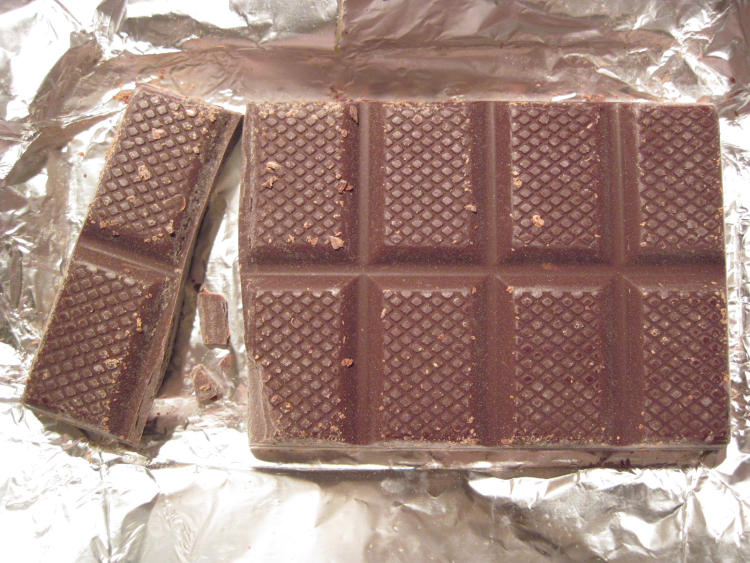 is a dark chocolate. The biggest advantage is it does not melt into great heat like in a dessert

and also prevent from the need to go tot the bathroom

The rest of the review will be posted shortly, i had an interruption that needed to be handled.

What do the matches mean?
I like the hedgehog thing, where can i find some decal's

Housil i meant that the cardboard box will surly wear out in the field faster than a airdrop-able MRE outer bag, (packaging not food amount)

Name_not_found wrote: Housil i meant that the cardboard box will surly wear out in the field faster than a airdrop-able MRE outer bag, (packaging not food amount)

The cardboard was for storage only. Once distributed to the troops, you spread all the food out over your whole equipment like into your gas mask carrier, into your sleeping bag, pockets etc.


What do the matches mean?
I like the hedgehog thing, where can i find some decal's

I had 3 "classic" EPa's last year from Housil (and I want to thank him again), was my food on SAR traning course, and now I'm struggling with an Menu VII EPa from Lars/sw342pd. My 4 years old niece already robbed me on cereal bar, juices and chocolate, I didn't gave her the Dextrose... My pation stash is almost empty, so I'll start to pile again for next training course in August.

In a few words: good chow.

I will start with a continental breakfast.

This one didn't make out so well no O2 scavengers so this took one for the team, this is common in rations with no scavengers

Second pack was fine, so were the sugar and whitener

Not that great, the whitener didn't want to dissolve, the coffee was ok nothing like the Italian coffee. I ended up getting some chunks of whitener and tossed the rest of the cup

Lets try this again with some tea

Much better looking than the coffee

Ok this is a nice cup of tea, i didnt want to try the other whitener so just tea and sugar
, very nice

I will have some crackers and jelly to round out breakfast

Armor Plates by another name

Seal was perfect, like opening a can of tennis balls

A few are cracked but most are intact. These are very good, i tested one dry, its almost like candy, sweet and crunchy, and they didn't make me thirsty!

The tin was fine, there was some liquid but mostly a solid jelly

Smell was very nice, it is clear and dark no chunks or pulp of any kind

Very good on the crackers

Hartkeks are very good!
They are very hard but chew easily, not drying at all.
I ate one pack dry before even opening the jelly, which has the calories of a meal i have heard.

Jelly was nice nothing special, other than its a cherry and i haven't had that kind yet in a ration.
Not too sweet, good solid jelly that spread well on the hartkek.