Today Mrs Housil is still and work and the kids deceided better to push McDonalds economy, I opened a french RCIR for dinner. 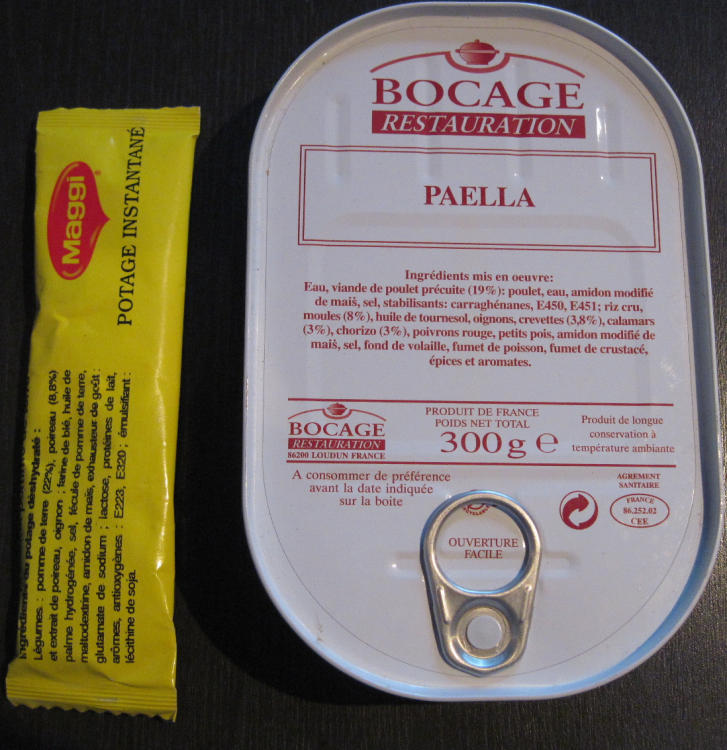 Actually I like soups, but making soup in the fields on a e.g. ESBIT or tommy cooker is too inconvenient to me as you have to cook water etc...

It says "pomme der terre" = potatoes on the pouch, but 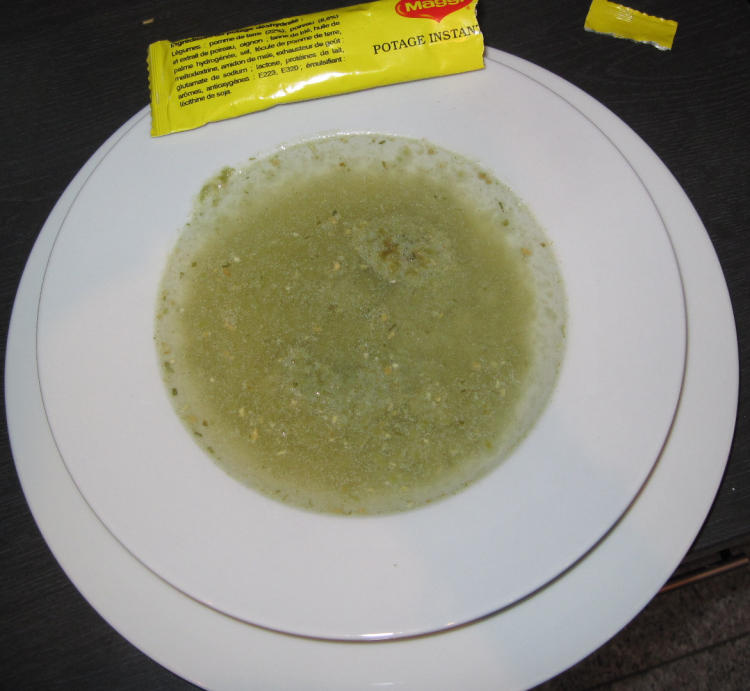 green?!
The soup was "nice", a nice nick-nack in the fields, but not a must have. 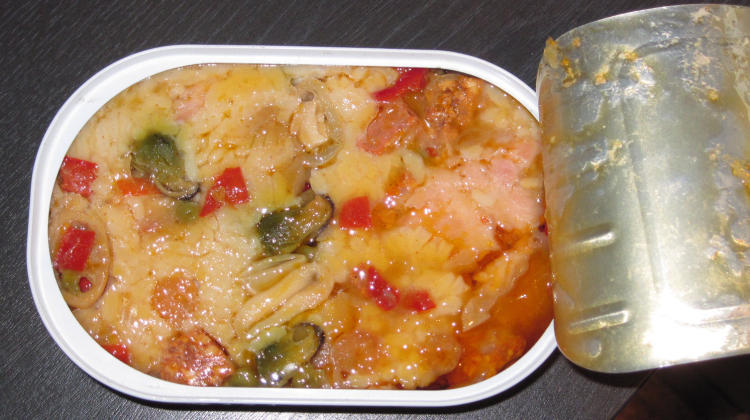 you could recognise the sea food ingrediens

The rice was still firm to the bit 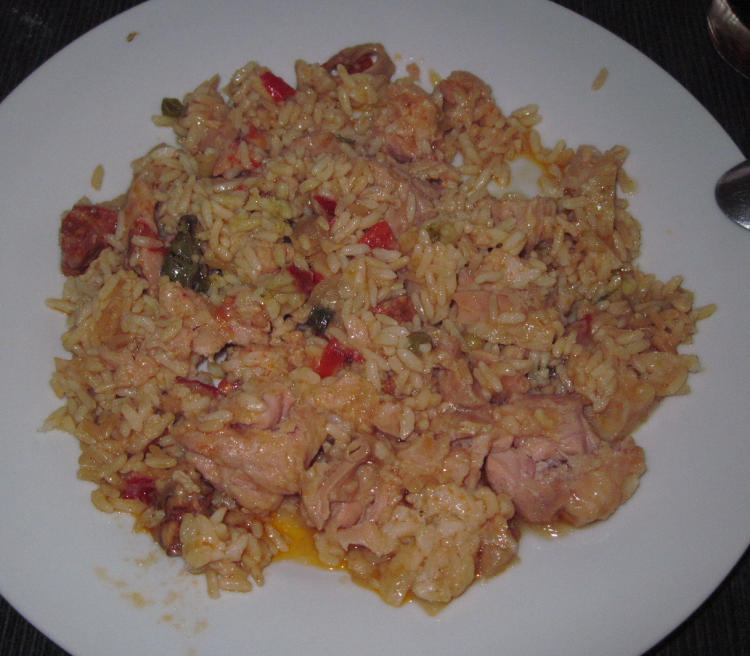 Paella is an nice dish from the Spanish cuisine. There are several types....Valenciana, "Marinera" y "Mixta". Valenciana has no seafood, "marinera" has mainly seafood and "mixta" well it has both regular meat and seafood.

Looks interesting and nice review. If only the Spanish rations had more food variety in them, they'd be even better.
Top
Post Reply
3 posts • Page 1 of 1