At the German forums, some member tried a 1977 EPa entree:

EPas seem to have an indefinite shelf life!
Is it the double sealed cans, or the choice of components that make them so long lasting?
Top

biscuits brown wrote:EPas seem to have an indefinite shelf life!
Is it the double sealed cans, or the choice of components that make them so long lasting?

Both - and the lack of oxigen!
No oxigen - no spoil
Also lot´s of salt and/or sugar. They are osmotic and "suck" the water out of every cell, even out of bacteria that will kill them. So you need some non oxigen way of spoil like botulism, but that causes the container to swell.
In cans the acid of the food could react with the surface of the can that causes a "sour" and "rusty" taste and let the can rust in holes. The EPa containers have that plastic layer inside to prevent that.

EPa´s had a requested shelf life of 20 years, were replaced after 10 years (EPa day at mess hall). The manufacturer guarantered 30 years

This old rectangular EPa containers were this solid, you can´t open them without a knife 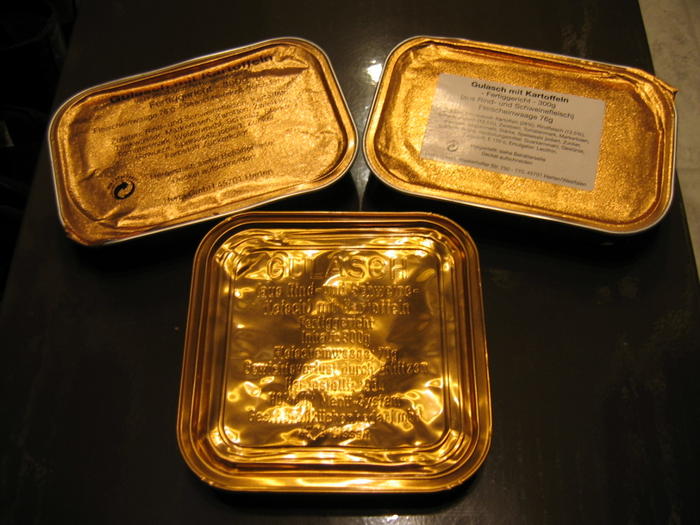 the newer containers now have a "regular" shelflife

So you dont think new issue will last as well?

The double sealed cans are unique. Never heard of it in any other (?)

No experiance yet as they changed in 1999 and the oldest are now 10 years old. But I never had a spoild new one yet.


biscuits brown wrote: The double sealed cans are unique. Never heard of it in any other (?)

Once I heated and entree until the cover cames off 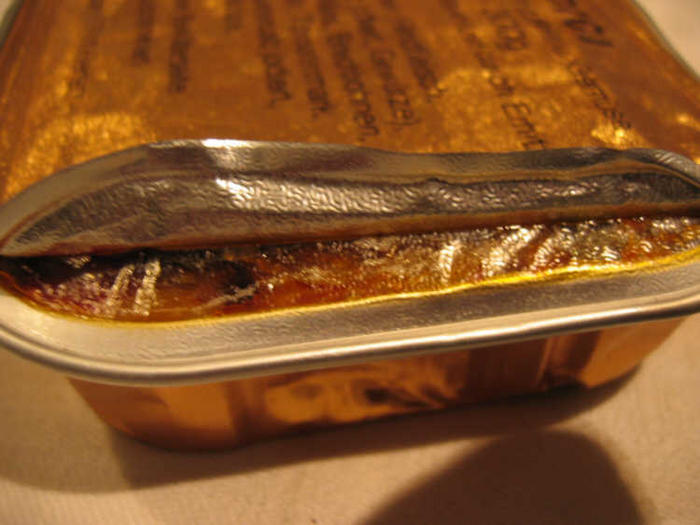 In the UK we just do not get that style of container at all, but in Europe they seem to be everywhere.
The variety of meals and types seems to be huge too

In the UK its basic stews, all day breakfast baked bean mixtures, curries, ravioli, spagetti and thats about it.

I cant even find corned beef hash now, used to get a French canned one. No more.