Thats unusual, I've never seen any missing items in a pack before. Was there a retort pouch? as I've had a 2004 pack with a retort pouch of pate/paste instead of a tin. Made by Princes or it might have Tuna in a pouch too.

I would boil them first, it helps the sauce to thin out as its pretty thick when cold just make it better to eat though as housil said you can eat them cold as they are precooked and sterilized

Garron wrote: Housil, I'll see if I have a Fruit Dumplings and custard back home in my little store on Thursday (I'm away at University until then), if I do its yours.

After the lunch of Menu E

today I had the 2001 Fruit Dumplings in Custard 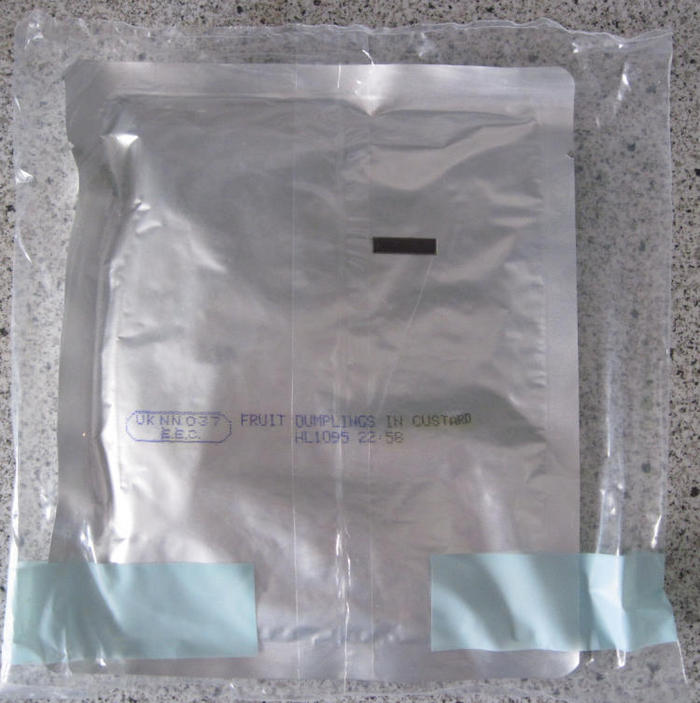 The first impression for a 9 years old ration was still good. No suspicious smelling etc.

5 dumplings in a nice amount of custard The taste of the custard was a little bit "silent" and "watery". The solid dumplings contained some unsweet raisins. A dessert that wouldn´t make a man full for dinner, but for a 9 years old ration the taste was still