Thought I would try the Dutch ration meal Housil sent me whilst he was helping me source my DDR NVA gear.

Rijst Ratatouille Met Kip
Rice, Mixed Vegetables With Chicken (Thanks to Aquarius for the Translation) (Date 2004, Best Before 2006)

After boiling for 15 minutes in hot water, The meal looked quite nice plenty of steam when opening the can, the meal was quite colourful, the mixed vegetables were on top of the rice so it had to be mixed. The chicken was a little dry but there was no strange taste or smell, they were quite big peices, I was expecting small shreds but they were quite big chunks. I think the mixed vegetables were red, orange and green pepers with onions. Could have been others but it wasn't around long enough to see.

It tasted similar to that of the EPA Cevapcici, I suppose its the same just with Chicken. Of course I had a bottle of Tabasco on standby m(just opened it as I ran out last week).

Overall I think it was a great meal, I have never tried a Dutch meal before and this was a great introduction. I'll keep an eye out for the packs on Ebay.

Thanks to Housil for the ration and Aquarius for the Translation.. otherwise I would not have known what I was eating.

Looks cool - thanks for the review!

How did you heat it up? Or did you eat it cold?
Top

Heated up, boiled in a pan for about 15 minutes.

Forgot to include that pic, I'll add it in now
Top 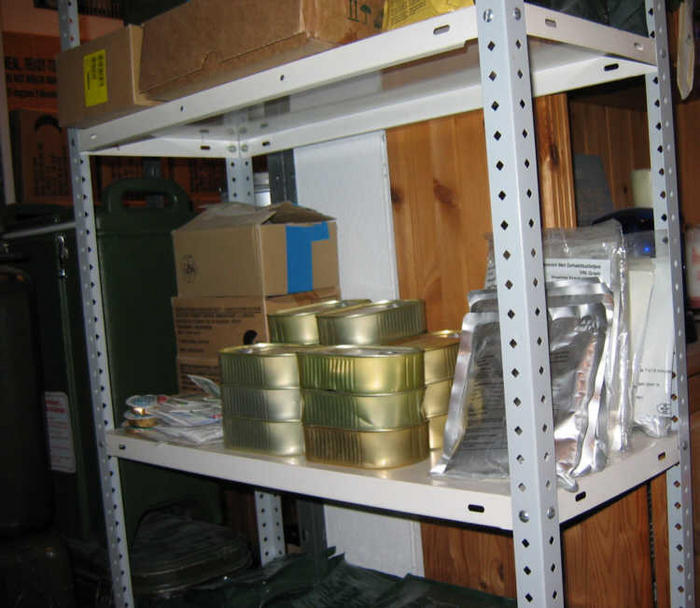 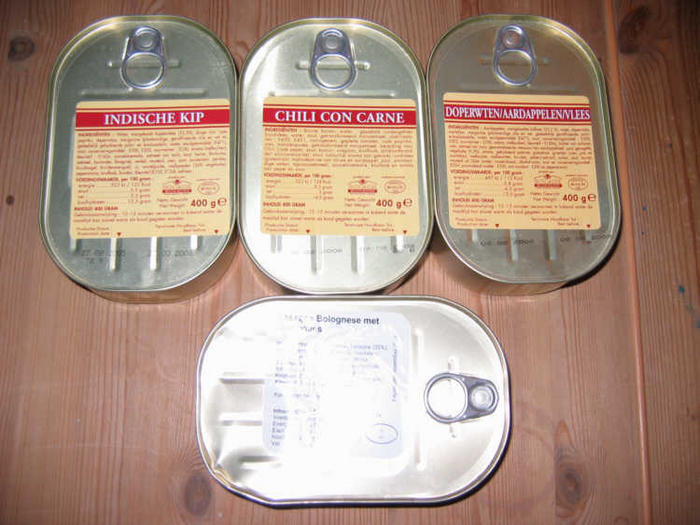 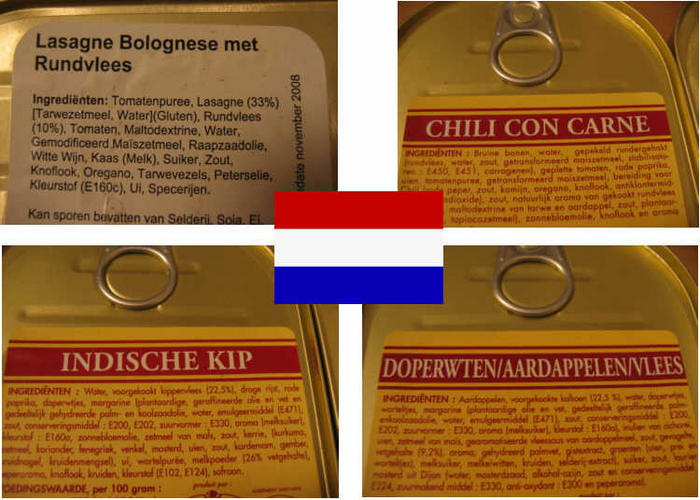 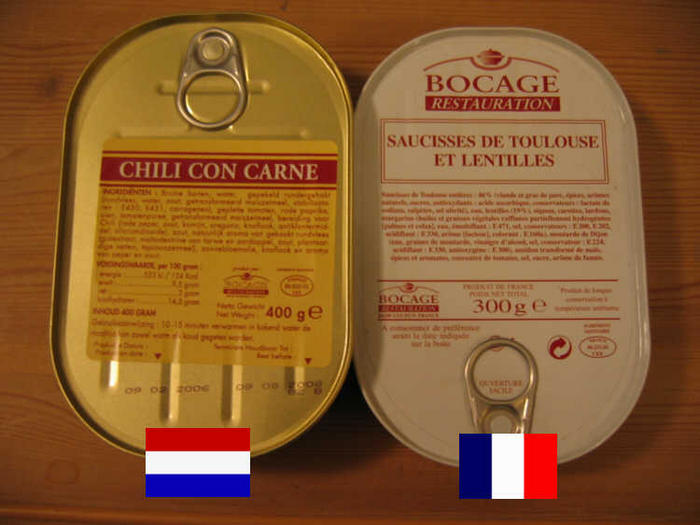 They come from the same manufacture as the french one´s 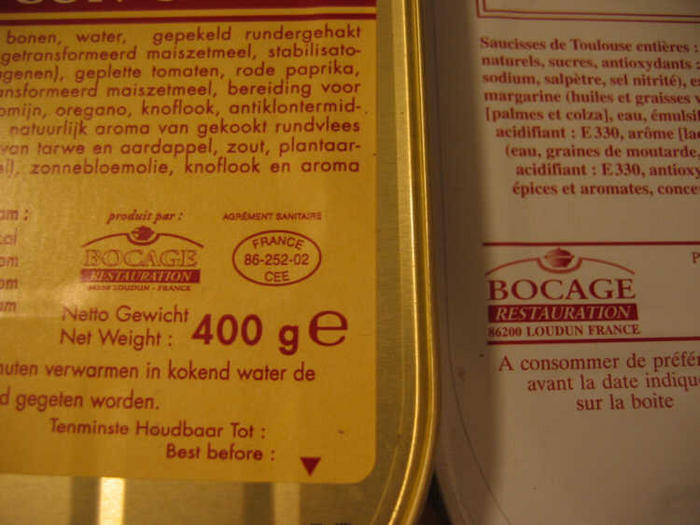 but they replaced "taste" by 100g more food


Btw "replaced", the cans are replaced by the plastic bags: 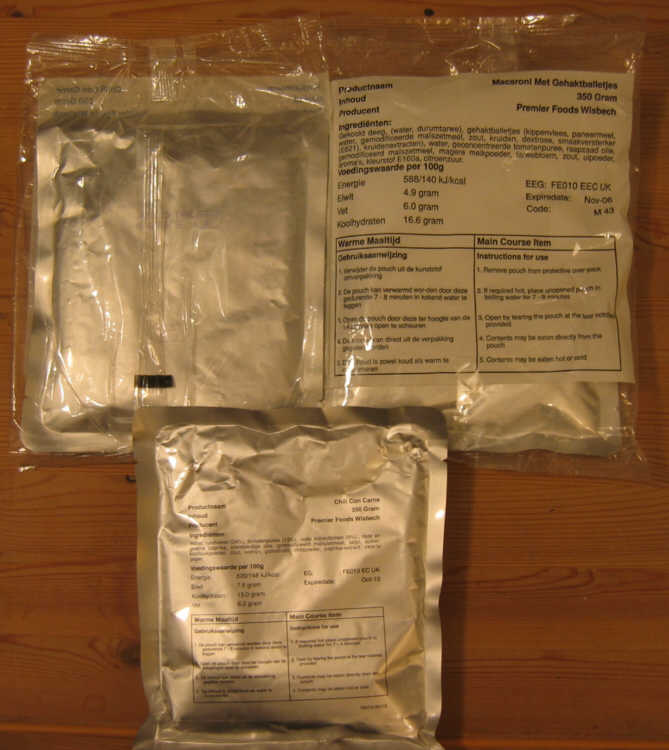 you know from UK rat packs. 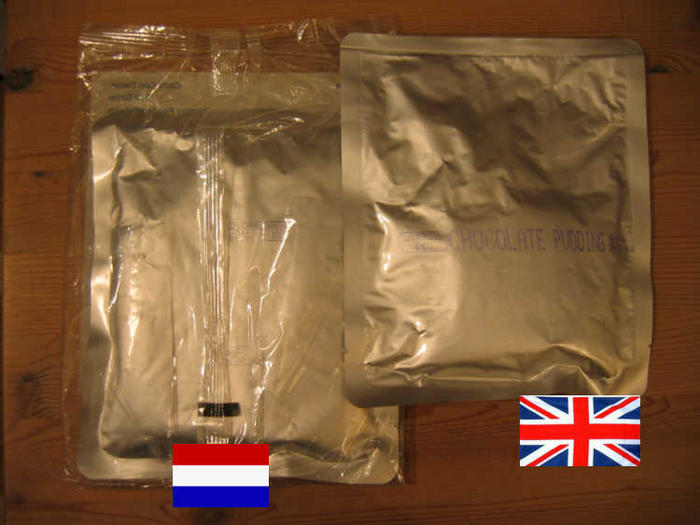