I had my very first Norwegian ration today and want to share it with you. 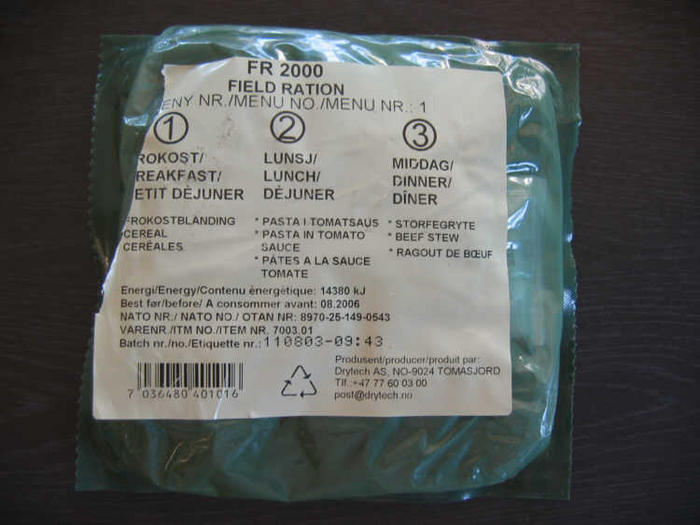 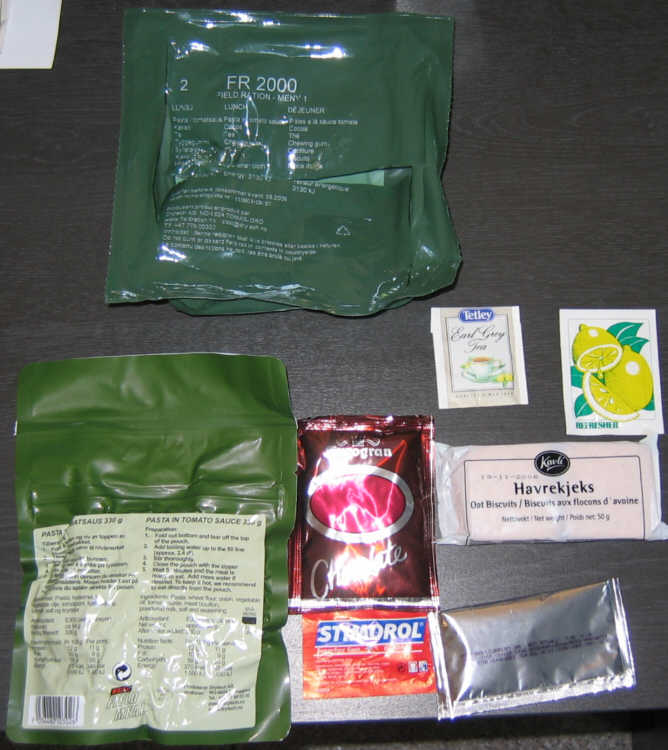 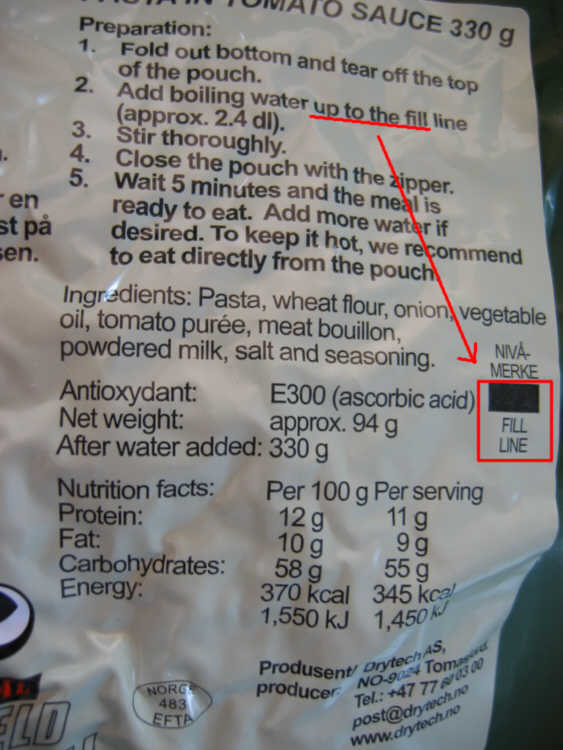 View inside the bag: 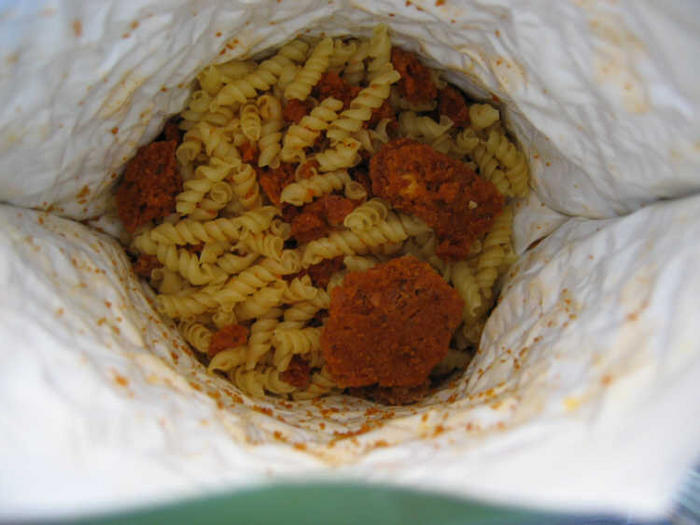 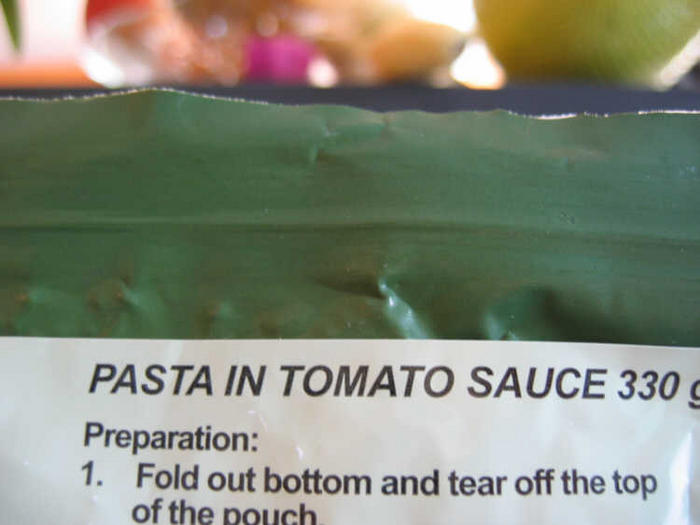 
After soaking with hot water 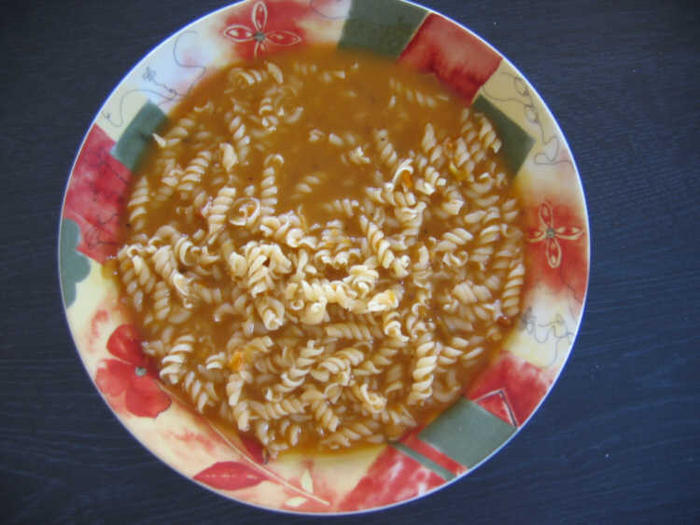 (on a plate for better display)
The color was "orange" indead. The taste was "OK" to me. Nothing "spectecular", but I would have it again!
A "handicap" is, you need hot water allways! If you had ever mad a hot beverage with a canteen cup on a tommy cooker, you know what I mean! A MRE, EPa, RCIR etc. could be eaten cold in a pinch. But you can´t eat that dry powder. Same problem with German EPa leicht freezdried entrees.


The entree is a energy bomb: 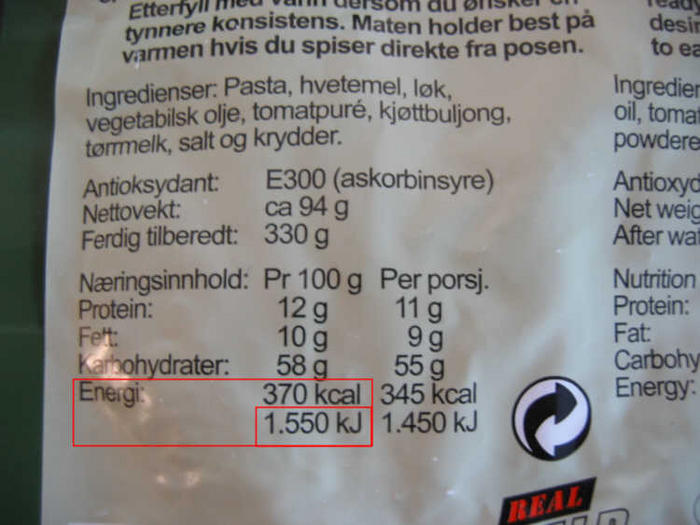 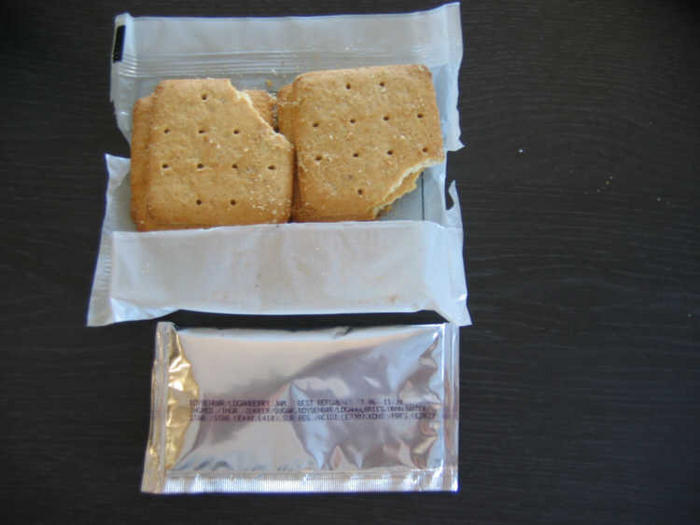 Have been soft and sweet, like a cake base. Not this hard/crsipy you know from MRE crackers or "worse", EPa "tank sheets".


Now a curious thing to me but I bet, Norge can explain that for me/us: 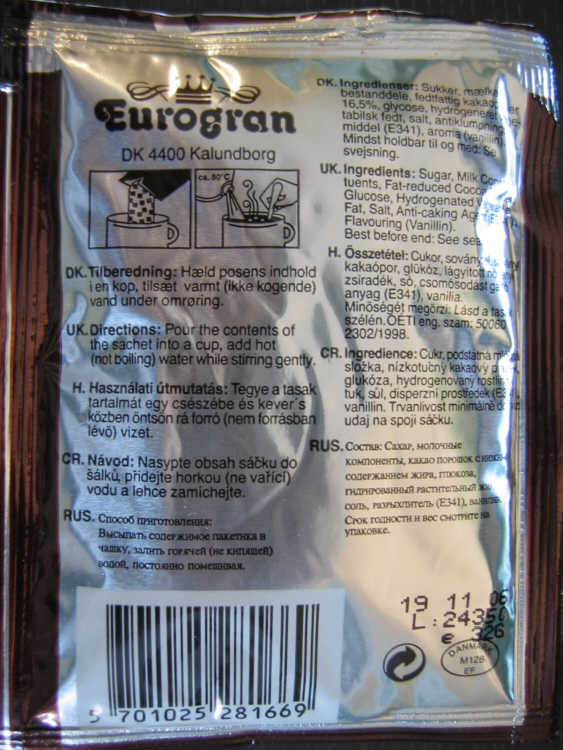 The drinking chocolate is the same as used in brit rat packs.

OK, if they like it - but not unusal yet.

I don´t know why the description is not in norwegian on it.


BUT, why is it on czech, hungarian and russian language on it?!

danish and sweden writing is almost the same so i
and al other norwegian understand that,but the other languages
russian checz hard

as you wrote maybe pow???

btw the crackers gone soft,normal problem thin wraping
the company are going to change it next year.
thats what the company dry tech in tromso said in a norwegian army magazin.

in the other menus you got,there will be a norwegian cocoa made
by freia in oslo.

I had the breakfast for lunch today 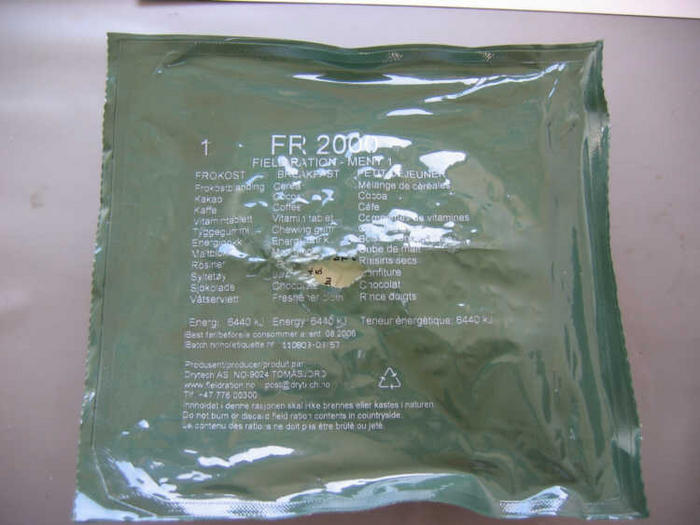 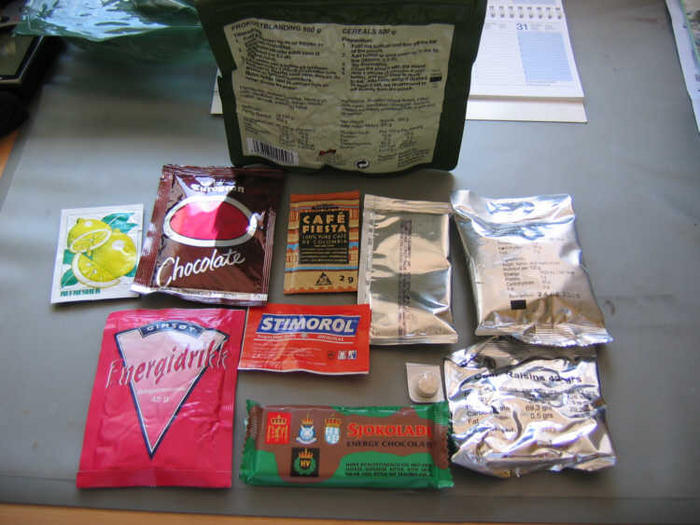 It contains drinking chocolate, energy drink and coffee - but no additional sugar nor coffee whitener.
Means you have to drink your coffee "black"

Also a jam pounch, but nothing to put it on like crackers or bread.
Non melting bitter chocolate bar with 50% cacao!
Notice that single pill - but later... 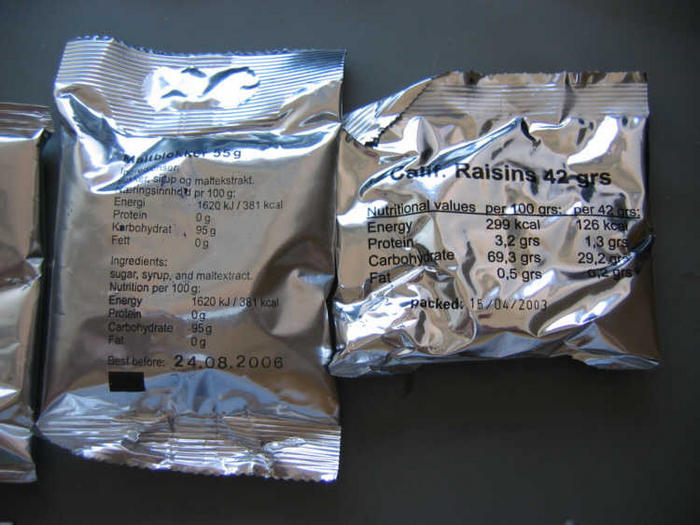 Different labelings as best before and packed
Maltblokkers are some malt candies. 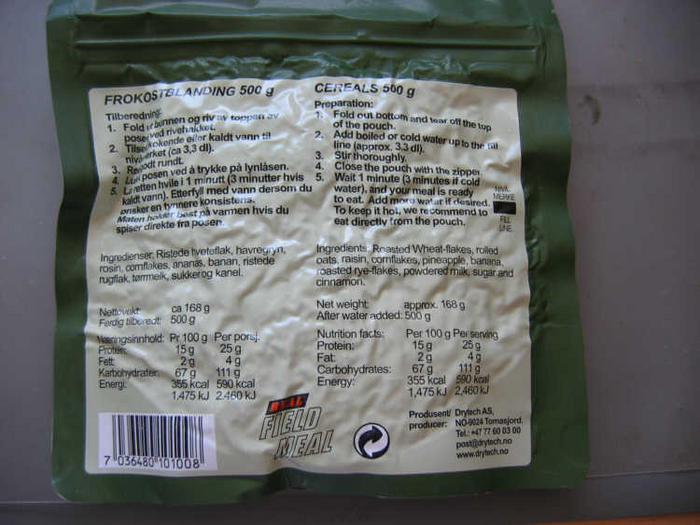 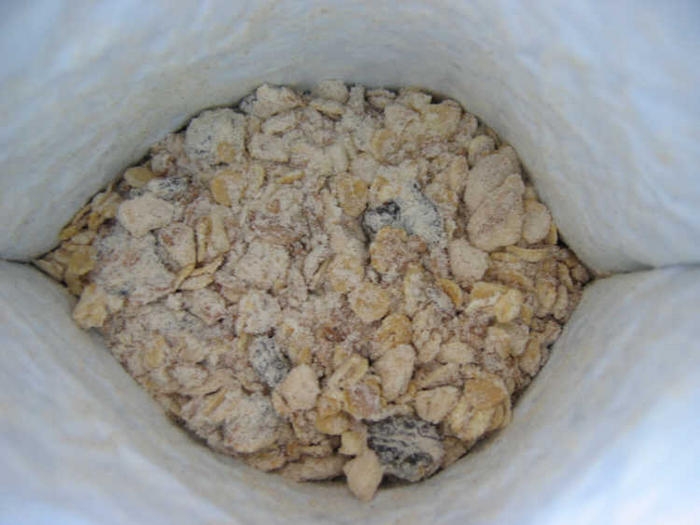 You can add hot or cold water. 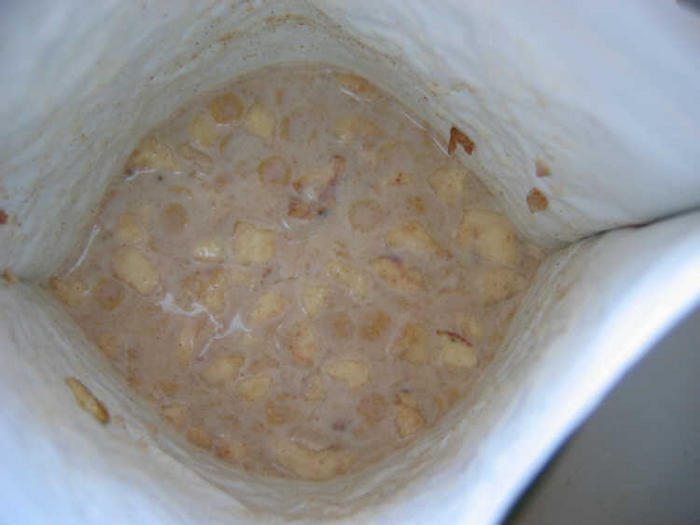 As porride is not eaten over here, I added cold water (=muesli) instead of warm (=porridge).
The muesli was one of the most delicious I ever had. Especially that cinnamon flavor!

I would have it again.

Remember that single pill? Actually it´s a vitamin pill. I would be glad it has been some "gas-ex" after eaten that muesli...

Rather than start a new thread, I thought I'd add my experiences to Housil's. I too tried the same breakfast entree, but I made it hot. I also made the energy drink.

ready to eat:
The bag says to stand 1 minute when prepared hot, I let it stand for about 4 minutes. Lots of oats and raisins, with jut the right touch of cinnamon. In a way it kind of reminded me of Quaker Raison and spice instant oats. This was definitely better.

ready to drink:
There was no clear direction on the amount of water to use so I went with 100ml, as that was the only measure referenced. This had a great Raspberry taste, yet with the water amount I used, just a tad bit syrupy. I did add a bit more water to thin it some. I found I could have added much more water and this would still be good.

Overall, this was very good meal

Thanks, for next time

I put the Norwegian into an online translator, but it seemed to say or what I thought it meant was in the field during activities you lose .5L fluids. I guess vann means lake and that is where you would obtain the water.

if you need norwegian to english next time just pm me

if you need norwegian to english next time just pm me


I'll definitely keep you in mind for such. Be much easier methinks

BTW, heres the exact return from the web translation: When I put in "Til bruk ved trening og fysisk aktivitet Loses i 0,5L vann" I got: "At use against the practice and bodily activity Was not losing in 0,5L lake"
Top

I thought I would share my Norweign ration. I had mine on a day hike in Western WA state. Plenty of rain but a excellent chance to see how a breakfast main meal would hold up while in my day pack.

I selected a Breakfast mix with flakes and honey early in the morning. It sounded good. Now I added hot water to mine, up to fill line just like it said, and stirred it real good to get out all the clumps and mix it real well. Then I zipped it back up, and let it sit for 3 1/2 hours in my daypack.

Well, the zipper held up just fine, though I put the package inside a zip lock back just in case it "exploded". When I took it out to it was still warm and had expanded to twice it's size. I stirred it up again for good measure and surprisingly I didn't get any clumps or dry blobs. Very filling and lasted me the entire day and part of the day.

Conclusion: The Norweign breakfast holds up well and is very satisfying. Though you do need hot water for this experiment, sometimes that's not the case. If someone has a similar entree' and could do it with cold water we could all read the review here and find out,

Perfect place to catch some lunch

From the pictures the drink in the new british multi climate packs are the same as the norwegian ones.
I've just won a 2008 Brit GP pack, Halal menu 5 (for some reason the newer dated packs always seem to be Halal, Kosher or Vegitarian) I'll see if theres one in there, the last pack dated 07 had lucosade power drink... similar to gatorade or powerade. Prehaps if its 08 dated it might have a few newer items... I can only hope