OK...as mentioned in another thread, I took one of the 2006 MREs camping this week. It was Menu 20, Spaghetti and Meat Sauce.

On Monday, my daughter helped me enjoy this meal. The main was of course Spaghetti and Meat Sauce. It also had Wheat Snack Bread, Cheese Spread, Potato Sticks and Cherry and Blueberry Cobbler.

This was my first modern MRE with a FRH (last time I ate an MRE was when I was in ROTC in 1991). I think I didn't use quite enough water and I know I didn't leave it horizontal for 1 minute to get the heater started. After 10 minutes, the main packet was barely warm so I boiled some water to make it nice and hot. While the main was boiling, I added a little more water to the heater and it started up again, so I heated the Cobbler in it.

We also mixed and drank the Lemon Lime Carbohydrate Beverage Powder. Tasted a lot like the same flavor Gatorade. We both enjoyed it on a hot summer afternoon outdoors. 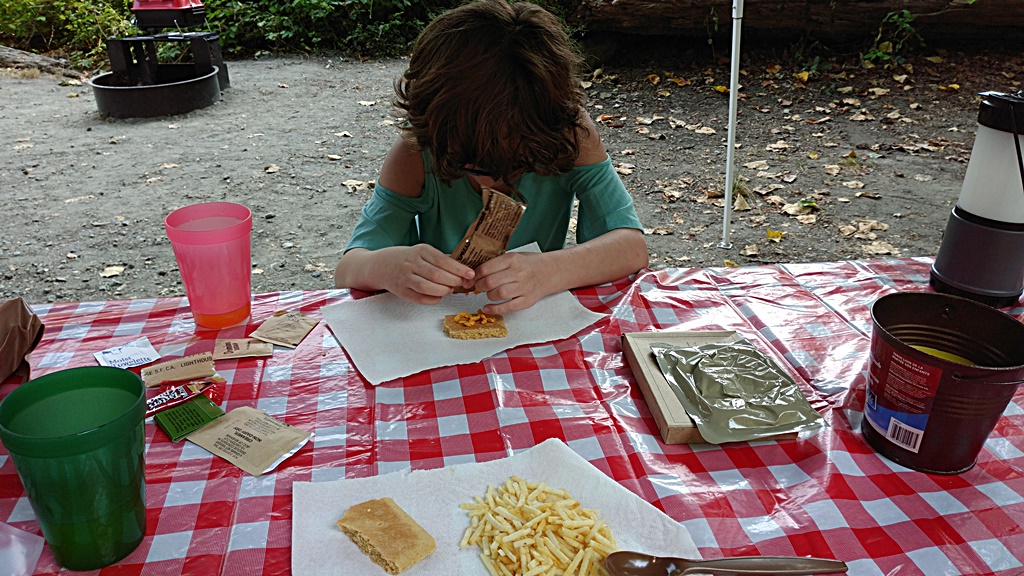 Now fully heated, the Spaghetti was next on offer. I liked it. Tasted a bit like Chef Boyardee (which my daughter has never eaten in her 11 years). She didn't really like it and only ate one or two spoonfuls. 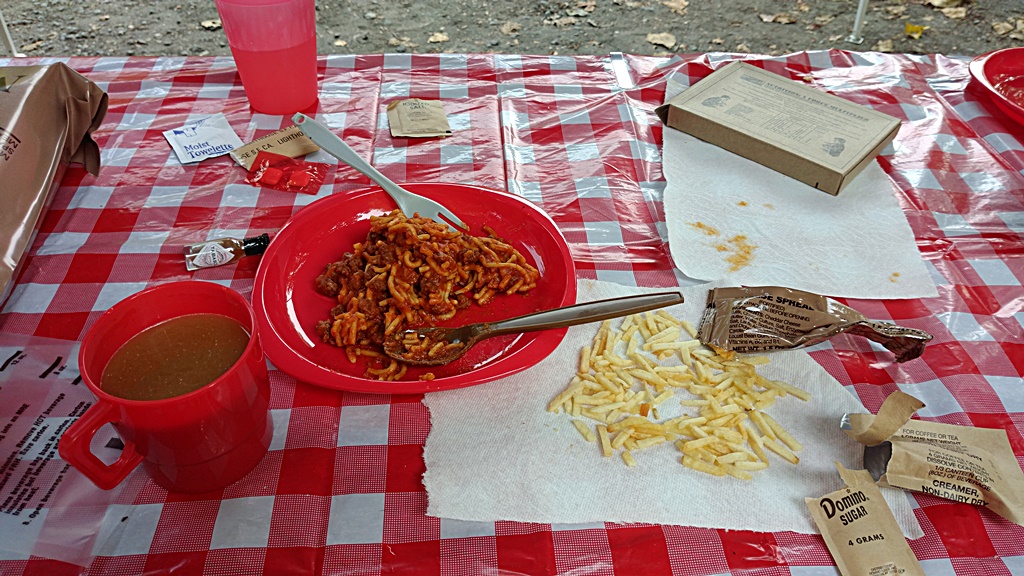 And dessert was the moderately warmed Cherry and Blueberry Cobbler. The tart cherries were a bit of contrast with the sweeter blueberries, but it actually worked! Daughter and I both liked it and shared it pretty evenly! It doesn't LOOK very nice, however.

I also made the Tasters Choice instant coffee (it was still good) and enjoyed it with the creamer and sugar. 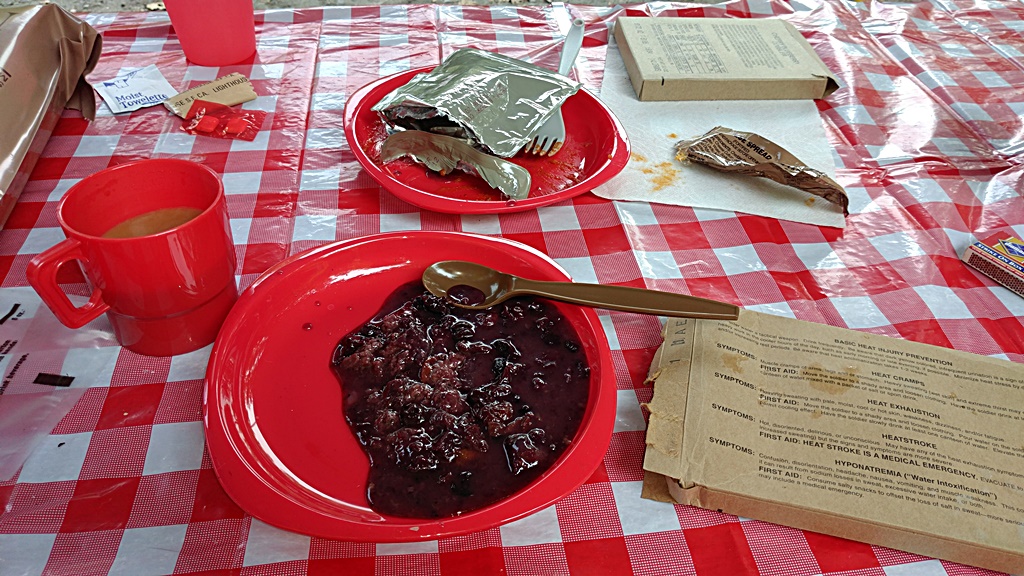 Overall a nice lunch! The quality was down a little on the Cheese Spread and maybe the Potato Sticks (or maybe they always taste like that), but everything else seemed to be in good shape still after 12 years.

Great review! In my experience, the spaghetti MRE is one that will last a long time before going bad. The cherry cobbler is still in the current MREs and I'd have to say it's my favorite current MRE dessert along with the marble pound cake. I love the big juicy cherries combined with that unique, soft bread they add to it. It's almost like they thought "there's no way we'll make this look like a real cobbler so just cram it all in there together, even if the crust ends up soft and weird.".

I always thought the potato sticks tasted very similar to Lay's potato chips. So if you've had those before (what American hasn't?) you're not missing out on much. I'm kind of glad they don't include them anymore because of how thirst provoking they were.

The cheese spread seems to be the number 1 item to check in order to verify the storage conditions of an MRE. I purchased some 2012 MREs a few months back and the cheese spread was just awful, because the MREs were stored in someone's garage (in the Idaho panhandle area) for a few years. Everything else was still edible.

Hope you had fun! And I look forward to seeing more of your MRE experiences. I'm sure you'll like the newer ones much better.
If we don't study the mistakes of the future, we're bound to repeat them for the first time.
Top

I should have mentioned that this came from my 2006 case that I have had in my pantry since about 2009 or 2010. Do not know how it was stored before that. The red/orange "fresh indicator" still has the center a bit lighter than the outer circle.